Transfers, deputation & no replacement to blame 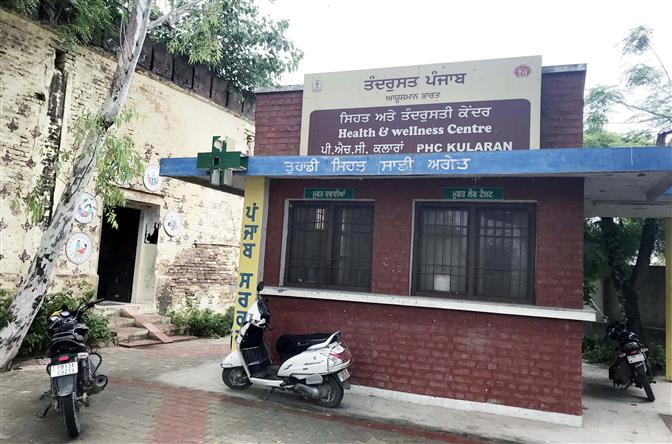 While the Health Minister is busy touring the state conducting surprise visits at government hospitals, his nearest Shutrana constituency is facing an acute shortage of doctors. In the past few months, a number of doctors have managed to get “deputation postings” or transfers, leaving residents fuming.

The Shutrana block — a rural area of the Patiala district — is facing an acute shortage of doctors delivering basic healthcare services. Recent transfers of doctors and then no replacement thereof is said to be the reason for the shortage. Shutrana is the immediate neighboruing constituency of Health Minister Chetan Singh Jouramajra.

We have already sent a proposal to the higher officials about the shortage of doctors in the Shutrana block of Patiala district. Dr Raju Dhir, Patiala civil surgeon

Over the past few weeks, around eight doctors —including paediatricians and medicine experts — have moved out of the block. Sadly, the Health Department has not sent any replacement so far. Consequently, a few health centres in the area do not have even a single doctor. At the Primary Health Centre (PHC), Shutrana, many posts are lying vacant. In fact, the post of Senior Medical Officer (SMO) is also yet to be filled. Similarly, the post of SMO at the Community Health Centre, Patran — a health centre in Shutrana block — is also lying vacant.

Meanwhile, it has been learnt that doctors are reluctant to serve here because the area is backward and far from the district head office. Further, some of the doctors do visit the health centres here only once a week.

“We are forced to go to Samana or Patiala even for routine check-ups. It wastes a lot of time and money,” claim residents.

“We had a similar issue a couple of years ago too, but it was resolved. However in the past few months, local doctors do some ‘setting’ with the senior officials in Patiala and manage to get a posting somewhere else,” they rued.

Experts, however, said the mismanagement of the Health Department led to this dismal situation. They claimed that first, there were a few doctors and on the top of it, they rarely visit the health centres.

A senior health official said, “The minister is busy inspecting health centres in other parts of the state, but he failed to look into the block that is adjacent to his own constituency.”

When contacted, Patiala Civil Surgeon Dr Raju Dhir said, “We have already sent a proposal to higher-ups about the shortage of doctors in the Shutrana block."