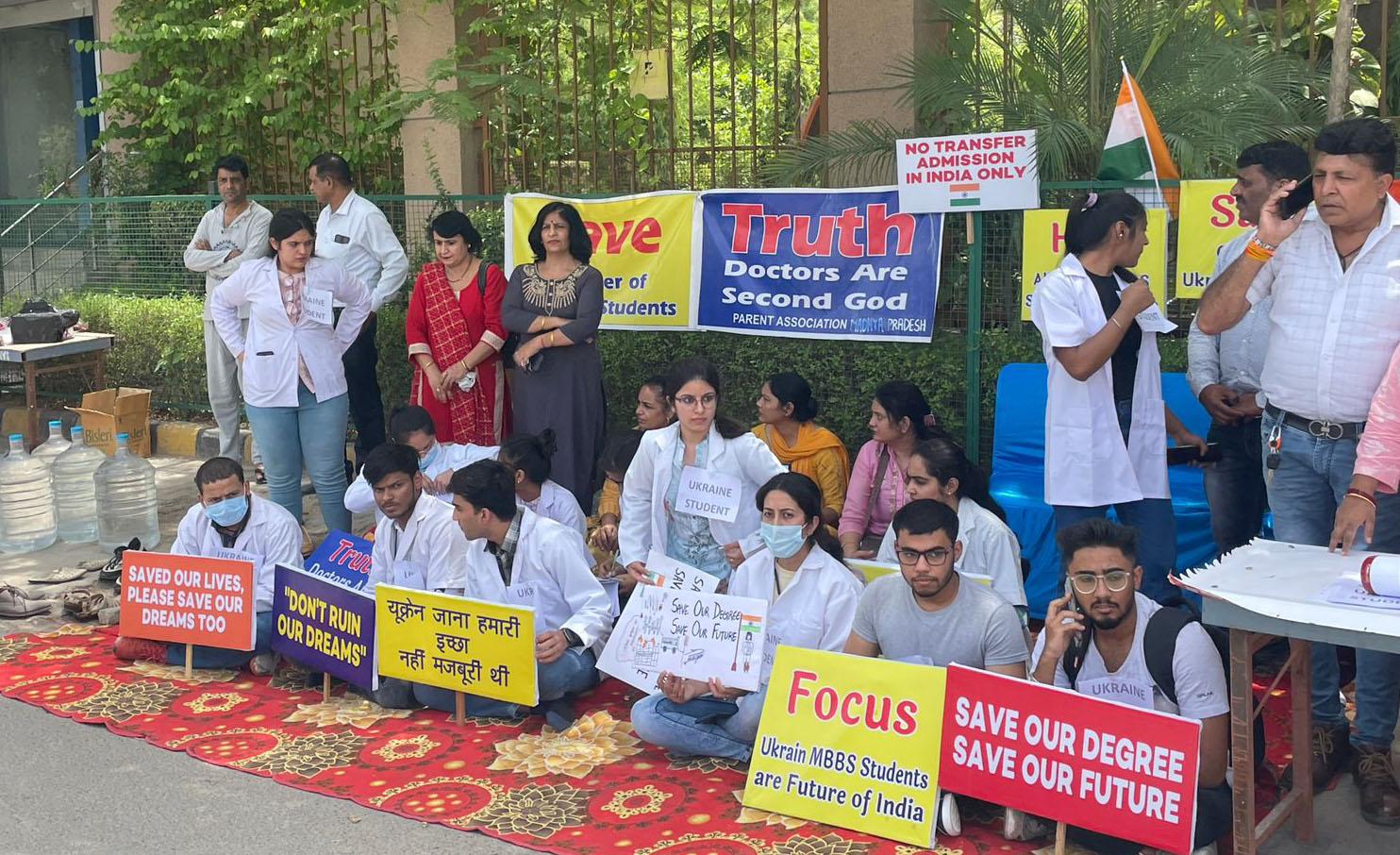 Medical students, who had returned from war-torn Ukraine around two months ago, are staring at a bleak future as most of them are sitting idle at present and have no idea when they will be able to pursue the course further.

They said scores of students from Punjab, Delhi, Haryana, Uttar Pradesh, Himachal Pradesh, Madhya Pradesh, Rajasthan and other states had been holding peaceful protests in Delhi and requesting the Union Government to allow admission to Indian colleges, but to no avail.

“I recently also participated in a four-day protest (June 24-27) outside the National Medical Commission in Delhi, with the hope that someone from the Union Government will meet us and give an assurance that they would take up the matter with the authorities concerned. But it seems the government has no plans to accommodate us in Indian colleges. That’s why there has been no official statement so far,” said Jalandhar-based Sumit Nagrath, a fourth-year student of Vinnytsia National Medical University.

He said there were 1,500 students from Punjab, who had sent mails to the state government as well the Centre seeking admission to Indian medical colleges, but received no response.

Another student, Milap Singh, said: “As a final-year medical student, I want to ask the authorities what I should do now. We have no idea when the universities in Ukraine will be back to normal and even if we complete the course in an online format, it will not be feasible as medical courses cannot be taught online unless we have practical and clinical sessions. Our future is at stake,” he said.

Sanjeev Kumar, father of Sumit, said many countries like Israel, Pakistan, Nigeria and Ghana had formed committees to adjust Ukraine-returned students in their own medical universities. “If our government also takes a similar initiative, the future of nearly 17,000 students from across the country will be saved,” he added.