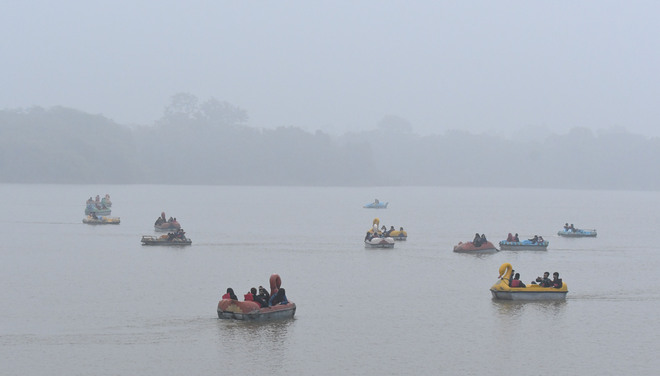 Chandigarh today not only witnessed the lowest maximum temperature in four years, but also saw a day colder than many hill stations of Dharamshala, Manali, Kangra, Shimla or even Jammu.

The city recorded 12°C maximum temperature which is a degree less than the normal temperature witnessed during this period of January.

“Western disturbances are there. When cold winds blow from hills, it makes plain areas colder. This is why today’s max temp is quite less than the hill stations,” said an official of the Chandigarh Meteorological Department.

However, the city’s minimum temp was 9.4°C. The night was colder in hill stations. Today’s temp is also the lowest maximum temperature of January so far in 2021. Last year, the lowest max temp was 13.3°C on January 15.

Meanwhile, the residents should brace for similar cold conditions in the coming days. As per the Met Department, it will be a “cold day” till January 14. It considers “cold day” when the maximum temperature is below 4.5°C to 6.4°C than normal.

Winds are likely to blow amid fog. It is expected to be partly cloudy for the next few days. 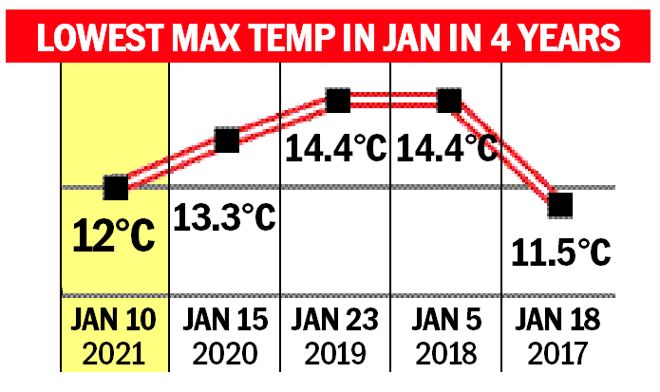