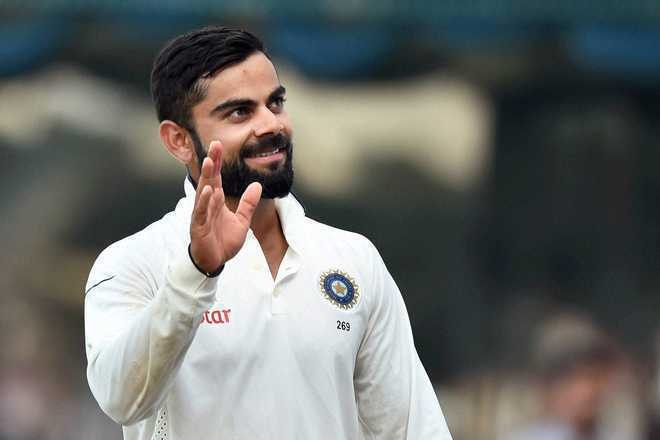 Virat Kohli had returned to India for the birth of his first child after Adelaide Test. Ajinkya Rahane led the side in the remaining three matches of their series in his absence. File Photo

Virat Kohli returned to lead India against England in the upcoming home Test series while the selectors also recalled all-rounder Hardik Pandya and pacer Ishant Sharma to bolster the squad, announced by the BCCI on Tuesday.

Kohli, who headed back to India on a paternity leave after the Adelaide Test, was named in the 18-man squad along with pace spearhead Jasprit Bumrah, who missed the final Test in Brisbane against Australia due to an abdominal strain.

The squad was named only for the first two Tests of the four-match series, starting on February 5 in Chennai.

Senior pacer Ishant had missed the Australia tour due to the side strain he suffered during the IPL in the UAE while Pandya only played the ODIs and T20Is Down Under.

Tamil Nadu paceman T Natarajan was dropped as the selection panel added Axar Patel, a left-arm spinner and useful batsman down the order, to the squad as he would be more effective to counter England on Indian pitches.

The 26-year-old Patel is yet to make his Test debut while he last played for India in T20Is in February 2018 against South Africa. He has also played 38 ODIs.

He is an apt replacement for Ravindra Jadeja.

Ajinkya Rahane, who led India in three Tests in Australia after Kohli's departure, was named as the vice-captain.

Expectedly, the selection panel retained youngster Shubhman Gill and Washington Sundar, rewarding them for their excellent performance in Australia.

Pacer Mohammed Siraj and Shardul Thakur, whose all-round ability helped India immensely in Brisbane, also kept their places along with Mayank Agarwal, who struggled for runs.

Off-spinner Ravichandran Ashwin, who missed the Brisbane Test due to back injury, has also been named in the line-up as he is expected to recover by the time England land in India.

Wriddhiman Saha is the second wicketkeeper in the squad along with Rishabh Pant, whose gritty 89 not out shaped India's three-wicket win in Brisbane.

The second Test will also be played in Chennai (February 13-17) while Ahmedabad will host the third (February 24-28) and fourth Test (March 4-8).

The four-Test series will be followed by a five-match T20I series and three-match ODI rubber that will conclude on March 28 in Pune.