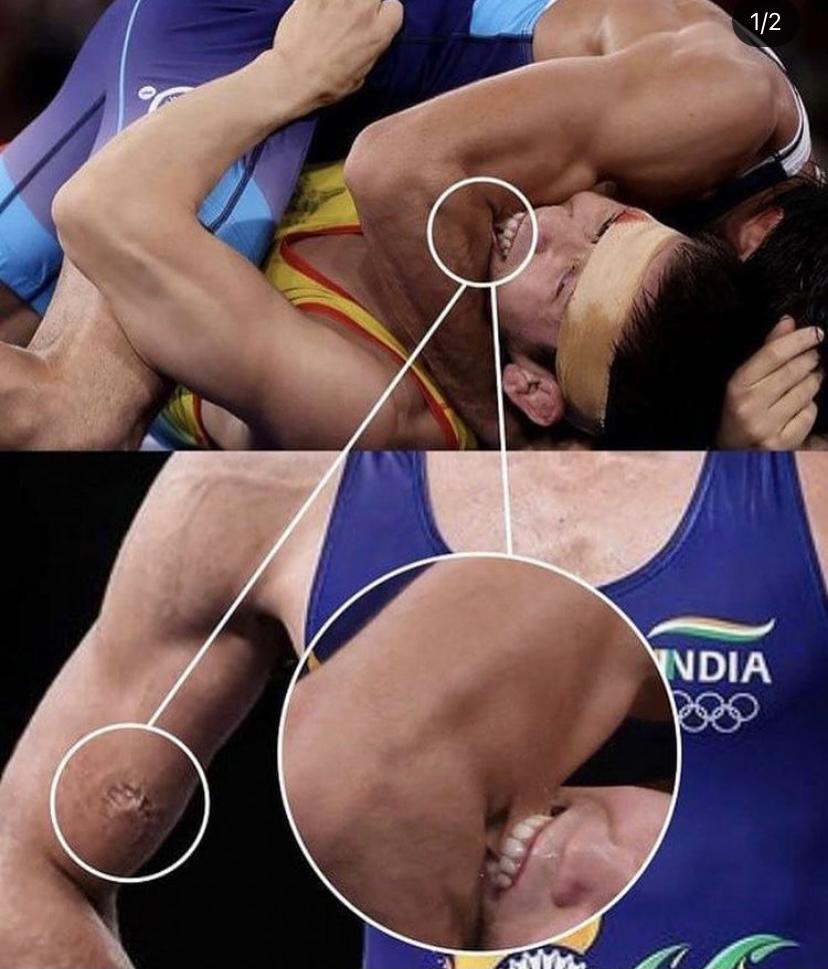 Disgraceful, how unfair is this: Sehwag on Dahiya getting bitten by Kazakhstan's Nurislam Sanayev at Olympics.

Kazakhstan's Nurislam Sanayev's got his teeth into the Tokyo 2020 Games, but his rival Ravi Kumar Dahiya of India wasn't expecting to find them cutting into his skin.

Sanayev lost to Kumar by fall, in a bantamweight match in freestyle wrestling on Wednesday at Tokyo's Makuhari Messe Hall.

In a statement on Thursday, the international wrestling governing body, United World Wresting (UWW), said that the bite action was prohibited, but unintentional.

Noor Islam doing what he could do the best. pic.twitter.com/qFaxy8E6MT

"It was concluded that the action taken was an unintentional reaction," UWW said.

"Based on the discussion and review of the incident no disciplinary action will be taken based on the conclusion of the incident." According to the rules enforced by the UWW, wrestlers are forbidden to pull the hair, ears, genitals, pinch the skin, bite, twist fingers or toes of their opponents.

In the last few seconds of the semifinal, Ravi was trying to pin down Sanayev upon getting a good grip on his leg and that was the only way he could have won that match. Ravi did complete his move and get the victory but with a sting. Unfazed, Kumar will face Russian Zaur Uguev for the gold medal later on Thursday.

"How unfair is this, couldn’t hit our Ravi Kumar Dahiya's spirit, so bit his hand. Disgraceful Kazakh loser...Ghazab Ravi, bahut seena chaunda kiya aapne," wrote India former cricketer Virender Sehwag on Instagram and also shared pictures of Dahiya getting bitten on his arm by Sanayev. With inputs from Reuters