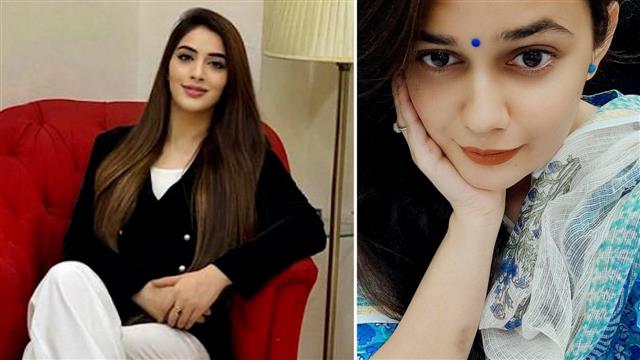 Dabi was appointed as the 65th collector of Rajasthan's Jaisalmer district the first week of July.

On Wednesday, Dabi took to social media to share a few pictures of Rajasthan's Jaisalmer after the state received 270 mm of rainfall in July, the highest level in 66 years. She wrote, "Who would believe this is a desert? Jaisalmer in monsoon! "She added, "This is how beautiful the various parts of the district are looking after receiving record-breaking rainfall in the last month."

Fans were left awestruck by her pictures and flooded the comment sections with praises of her and the beauty of the city.

Dabi tied the knot with Dr Pradeep Gawande, a 2013-batch IAS official, in a close wedding in Jaipur, following her divorce from Athar Amir Khan, a 2015-batch IAS officer based in Kashmir.

The same day, Dr Mehreen Qazi, fiancée of Khan, took to instagram to share some beautiful pictures from her mehandi ceremony.

Khan got engaged to Dr Mehreen Qazi on July 2—two months after Tina Dabi got hitched for the second time. Khan announced his engagement on Instagram, posting his photo with Dr Qazi.

A native of Umar Colony of Srinagar’s Lal Bazar, Mehreen is currently employed at Rajiv Gandhi Cancer Institute and Research Centre in Delhi. She graduated from the universities in Germany and the UK with an MD in medicine.

As Mehreen shared the pictures of mehandi, her supports and well wishers congratulated the couple. They wished them with happiness and love for their journey together.