‘She is not dead’: London Metropolitan Police arrest man planning to tell queen to get out of coffin : The Tribune India

‘She is not dead’: London Metropolitan Police arrest man planning to tell queen to get out of coffin 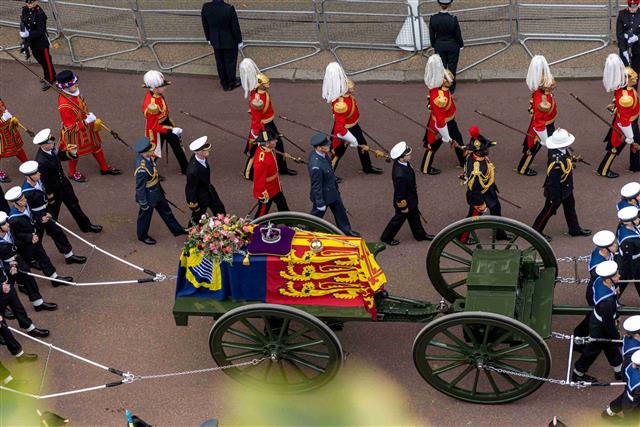 The State Gun Carriage, which was pulled by 142 Naval Ratings carrying the coffin of Her Majesty Queen Elizabeth II moves along the Procession route, September 19, 2022. Reuters

Queen Elizabeth’s demise came as a big jolt to UK and other countries which she had been ruling as constitutional monarch. Amid the outpour of sentiments, police nabbed a man who had been planning to go to queen and tell her to get up as he believed she was not dead.

As per a report of Times Now, Mark Hague told a television crew member that he was going to tell queen to get up.

Later, he was arrested by London Metropolitan Police for an offence under the public order act.

The entire world drowned into mourning when longest serving monarch died on September 8. Thousands, including state heads of many countries, queued up to catch last glimpse of the queen.