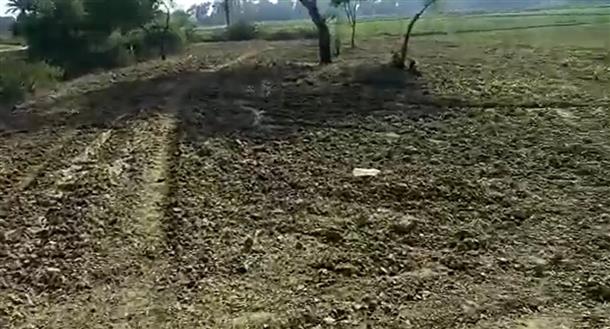 Since the road had disappeared, locals been using footpaths to travel outside the village. Video grab- Twitter/@RajeshK_Ojha

Bihar is witnessing a streak of bizarre thefts for last few months where thieves have been involved in burglary of stuff that seem far-fetching. After iron bridge, train engine and mobile tower, a theft of a village road in Bihar’s Banka district is making the headlines. Isn’t it mind boggling?

Villagers and people living nearby slept at night only to find out by morning that the only road connecting their village to the outside world had disappeared. They were out-and-out astonished to find out there were just fields with crop sown over the 2 km long stretch.

A video has also been shared in this regard.

As per the reports some thugs used tractors and plow to turn the road into an agricultural land overnight, as per a report of Indiatimes. They sow wheat on the land. When locals objected to the exercise, the ruffians retaliated by attacking and threatening them.

Since the road had disappeared, locals been using footpaths to travel outside the village.

However, several villagers reported the incident to Zonal Officer who assured strict action against miscreants. He said the road will be reinstated soon.