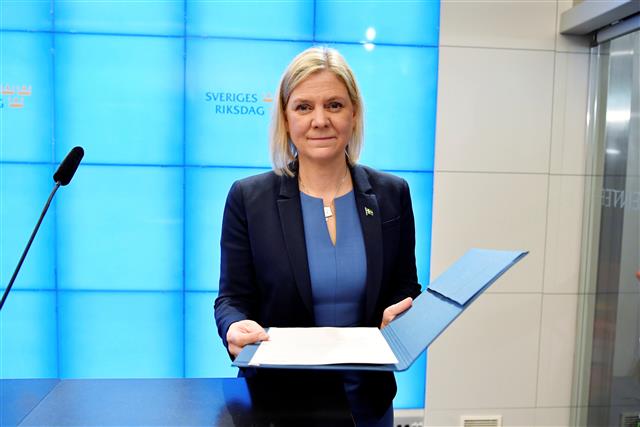 Andersson, 54, won parliamentary approval after reaching a last-minute deal with the former communist Left Party, but her grip on power is tenuous. Her predecessor, Stefan Lofven, governed by performing a complex juggling act to secure support from both the Left and Centre parties in Parliament, even though they are not part of the coalition government. — Reuters