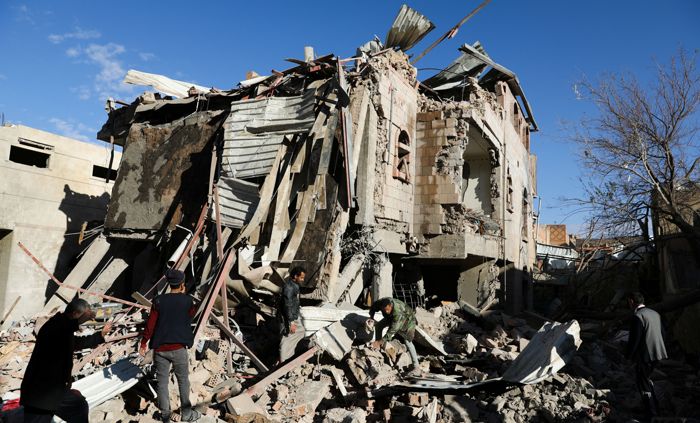 Rescuers remove debris at the site of Saudi-led air strikes in Sanaa. REUTERS

Air strikes by the Saudi-led coalition fighting Yemen's Houthi group on the capital Sanaa killed over 20 persons overnight, including civilians, Houthi media and residents said, in one of its deadliest attacks since 2019.

Around 14 persons were killed when coalition planes struck the home of a high-ranking Houthi military official, including his wife and son, according to neighbours and a medic.

The air strikes followed Monday's drone and missile attack on coalition partner the United Arab Emirates that was claimed by the Iran-aligned Houthis and killed three persons. —Reuters