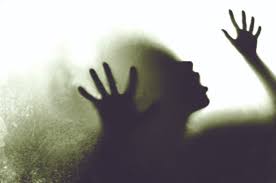 A 17-year-old girl was allegedly raped by an auto-rickshaw driver who took her to a hotel room near Mahan Singh Gate a week ago. The police have registered a case against the accused, identified as Sewak Singh, of Ward No. 6, Pandora in Sultanwind village here.

The victim, who hailed from Modde village near the Indo-Pak border, said she used to work as a domestic help in a house on Jamun Wali Road, Lawrence Road.

She said she used to live there. A theft incident took place in the house and she was blamed for this. She said though she did not steal anything, she got afraid and ran away from the house in the evening of July 27. She said she met the accused who lured her and took her to a hotel where he forcibly made physical relations with her. She said he later dropped her near the Golden Temple.

After staying alone for a few days, she called her parents from someone’s phone. They came there and took her along. She narrated her woes and later a complaint was lodged. The police said a case under Section 376 of the IPC and Section 4 of the POCSO Act was registered and efforts were on to nab him. The medical of the girl was also conducted.