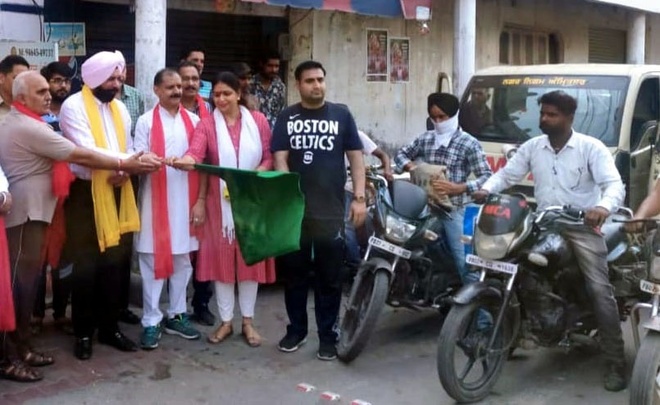 To make city dengue-free, Mayor Karamjit Singh Rintu flagged off fogging machines in various wards of the Eastern Zone under the ‘Special Anti-Malaria Drive’ here on Sunday. The Mayor said at present, the Municipal Corporation is conducting fogging round the clock in different areas of the city along with fog spray machines on a war footing for the prevention of dengue and malaria.

The health staff and safai karamcharis are doing their duty diligently and monitoring the work on a daily basis, so that people can get relief from dengue outbreak.

The Mayor said even on Sunday, the entire staff of the health wing of the Municipal Corporation was conducting fogging.

“Being city’s first citizen, I will always try to provide better healthcare to all city dwellers,” he said, instructing the authorities to continue conducting fogging at public places in the city.

He appealed to people to clean homes, offices, shops wherever there was standing water. He said the dengue mosquito does not breed in dirty water but in clean water. So, clean your surroundings and remove stagnant water from coolers, pots, empty utensils, he said.