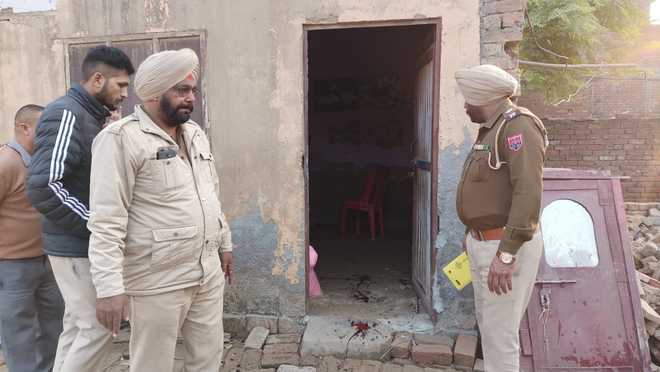 The police party investigate the crime scene to collect information about the incident. Photo: Gurbaxpuri

The incident occurred just few yards away from the Dhora police post.

Gagandeep Singh was sitting near his house with his friends when the accused came to the spot and called him. When he reached near them, both assailants opened fire at him with their revolvers. Ten shots were fired.

Gagandeep was rushed to a local private hospital and was referred to Amritsar as his condition was serious.

Sub-Inspector Baljit Kaur, along with police party, reached the spot for investigation. The police have registered a case under Sections 307, 148, 149, 34 Indian Penal Code (IPC) and Sections 25, 54, 59 of the Arms Act.