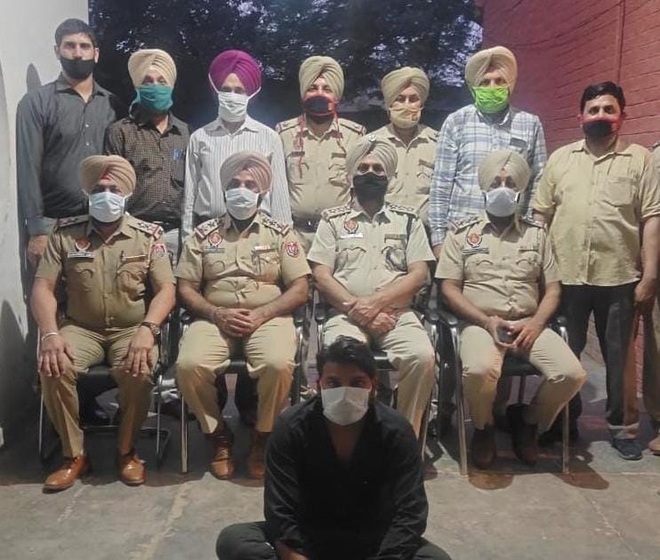 The district police claimed to have solved the mystery of blind murder of an ASI of the Punjab Police, Gurdeep Singh, who was shot dead on October 31 near Kakka Kandiala, and arrested one person in this connection.

ASI Gurdeep Singh was going to Kakka Kandila village to take medicine with his son Manpreet Singh on moped being driven by his son. Two motorcycle-borne persons stopped their vehicle and hit Manpreet Singh with an iron rod at his head and snatched mobile and Rs 1,000 from his pocket.

As soon as ASI Gurdeep Singh intervened to save his son the armed robbers fired at ASI’s chest and he died on the spot. The city police registered a case under Sections 302, 307, 323 and 34 of the IPC, Sections 25, 54 and 59 of the Arms Act on the statement of Manpreet Singh.

Dr Mehtab Singh, SP Investigation, said, a police team under the supervision of Ravisher Singh, DSP, was constituted. After scrutinizing CCTV footages, the police booked Jobanjit Singh Bobby of Bundala and Lovdeep Singh of None village in the case.

The accused, Jobanjit Singh, has been arrested from Gurdwara Shaheed Baba Sher Singh, Damdami Taksal, Mehta, while his accomplice Lovdeep Singh is still at large. Both the accused had left the state after committing the crime. The arrested accused was produced in a court on Saturday, which sent him to three day police remand.