Having over 12 lakh population, the city requires at least 24 fire stations to control fire incidents efficiently, as per recommendations of Centre’s Standing Fire Advisory Committee 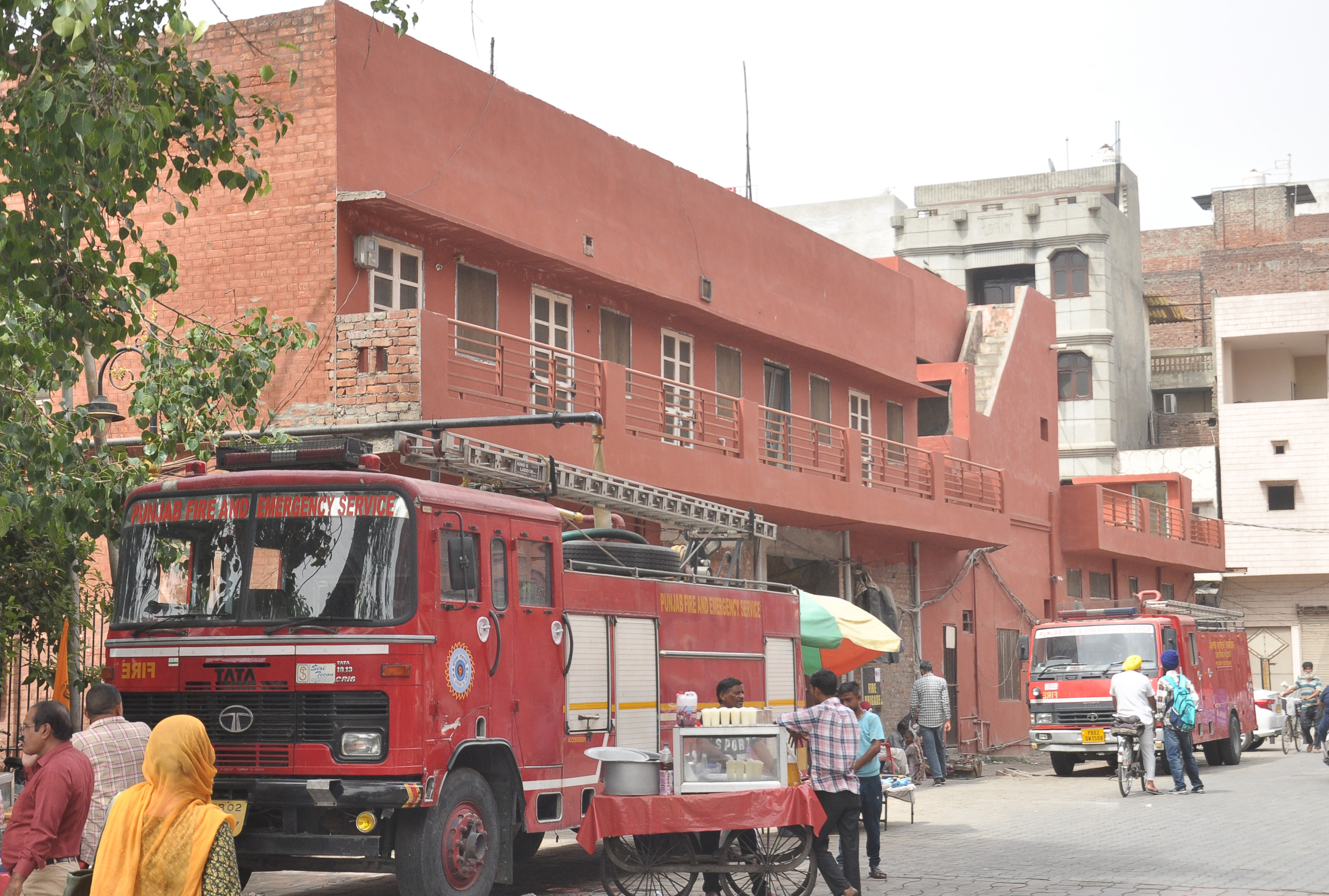 A view of fire tenders at the Town Hall fire station in Amritsar on Friday. Photo. Sunil kumar

Though the Standing Fire Advisory Committee (SFAC), constituted by the Ministry of Home Affairs of the Central Government, recommends that there should be a fire station for a population of 50,000, the city having over 12 lakh population requires at least 24 fire stations to tackle fire incidents efficiently. 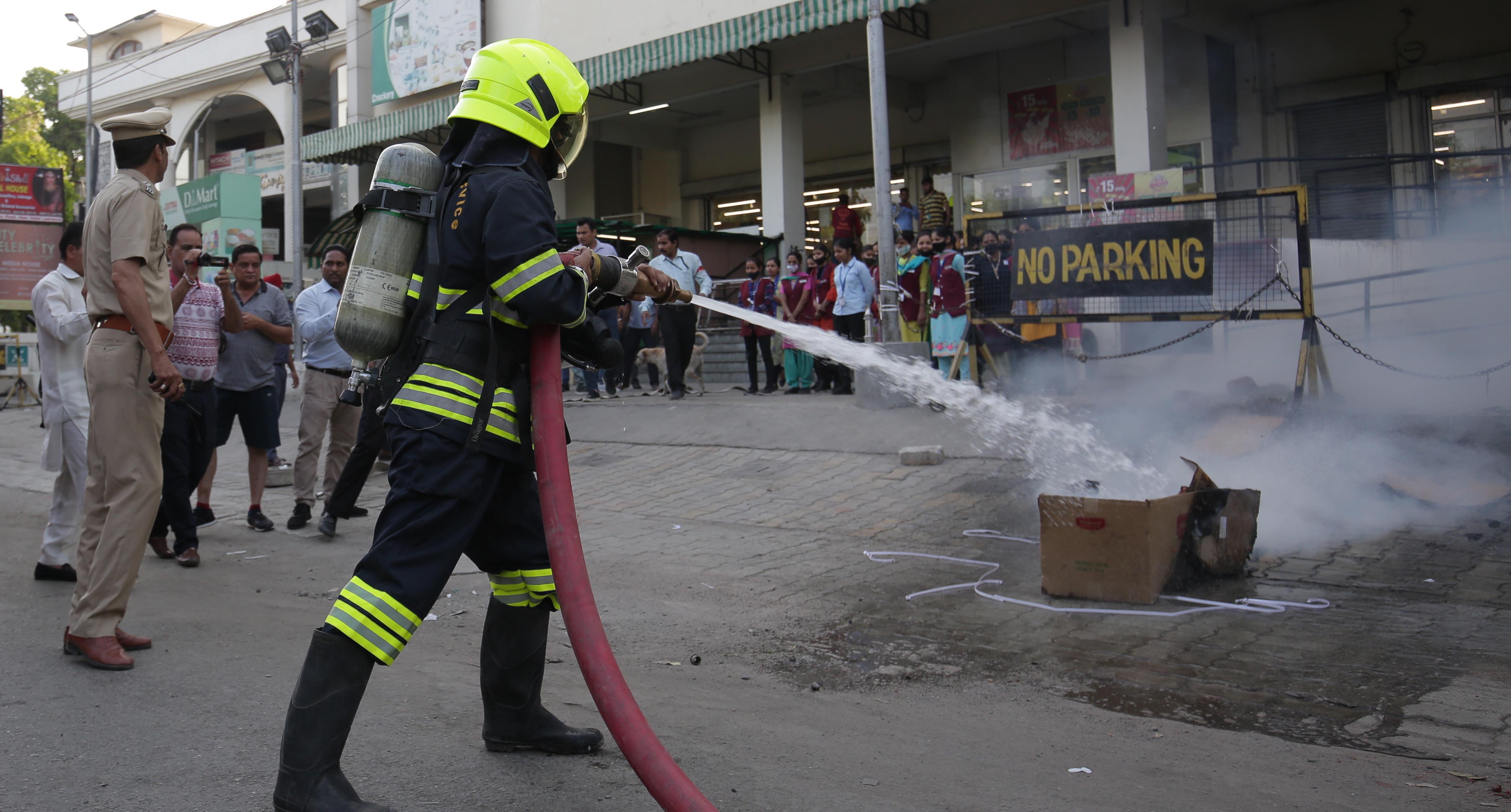 However, there are only four fire stations, including three within the walled city area, in Amritsar city.

Soon after the Partition, the municipality of Amritsar set up its independent permanent fire station at Town Hall. Earlier, it was being operated from Lahore. Three more fire stations were established till 1970. During the past 50 years, the city progressed a lot but the number of fire stations did not increase. The MC jurisdictions were being expanded after every two decades but no one shown concern to expand the fire infrastructure.

No fire stations set up after 1970

The fire stations of Town Hall, Beri Gate and Gilwali Gate are based in congested areas where fire tenders did not find enough space to pass swiftly and reach their destinations on time while attending fire calls from outer city areas.

With the extension of the MC jurisdiction and the establishment of outer city areas, the Fire Department had proposed to set up four new fire stations to effectively tackle fire incidents around two years ago.

We got ultra-modern equipment under the Smart City project and all these equipment are in use. We firefighters successfully doused several major fires in the past, which were challenging. The smart equipment made our job safe and efficient. We have placed order for 55-meter high hydraulic platform to tackle fire in multi-level buildings, up to 150 feet tall. We have sufficient staff for the existing fire stations but we need more fire stations. A proposal has been sent to the government in this regard. —Lovepreet Singh, Additional Divisional Fire Officer

In 2020, the Fire Department had proposed the establishment of fire stations in Zone No. 6 to cover Batala Road and Majitha Road and MC Head office to cover the Ranjit Avenue and areas allocated around the bypass road. A fire station along GT Road would cover the area from Ram Talai to the Jalandhar-Pathankot bypass road. As per officials’ estimate, they need to outsource 48 firemen and 16 drivers to make four more fire stations functional. The MC already have sites and equipment for the same.

The General House of the MC had unanimously passed the proposal and sent it to the Punjab Government but did not get any response in this regard. The nod of the government is still pending.

Narrow streets in the walled city pose a major challenge to firefighters in the city. Most buildings lack clearance from the Fire Department and century-old structures usually collapse during monsoons. As there’s no provision of water hoses, firefighters collect water from sarovars and tanks of malls.

Before the implementation of the Smart City project, the Fire Department lacked basic infrastructure to tackle normal fires. The department received ultramodern equipment worth Rs 4 crore during the past three years. Under this, the Fire department purchased ultra-modern equipment from the US, Japan and Italy.

The victim locator camera is used to search for people buried under the debris after a structure or building collapses. Breathing apparatus sets and breathing air compressors are useful to fill empty cylinders on the field. A piercing nozzle is used to drill a hole in a wall. The hand-held nozzle apparatus helps in controlling fire. Besides, the Fire department also has smoke exhausters, which assist in clearing smoke from a building.

Summer camps set to make a comeback this year

are organising restricted summer camps, with mostly indoor activities and cutting short the duration of summer camps to a few days instead of a month. “Considering that summer camps give a platform for de-stressing to students, make them important for their mental health, acquiring certain skills or indulging in their hobbies. So, we are reviving the summer camp with a reading programme and reading will be among the few activities. We will also offer dance, dramatics, swimming and pottery to students of Classes I to V to keep them engaged in a relaxed manner,” informed Manjot Dhillon, director, Mount Litera School.

For now, with the ongoing heatwave, dancing and indoor activity summer camps are the most sought after. With almost all dance studios in the city booked for their summer workshops, kids are sure to have a summer of fun and frolic.