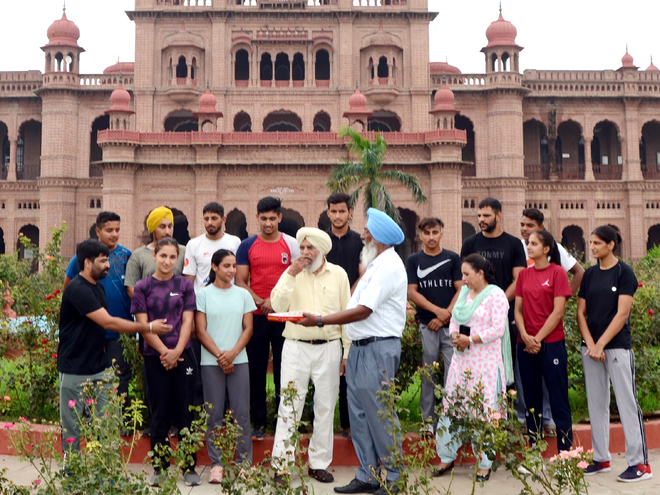 The atmosphere was euphoric at Khalsa College as it is not every day that an alumni gets global recognition and that, too, when it comes to representing the country in the Olympics.

Khalsa College celebrated the historic debut of its student and Indian fencer Bhavani Devi at Tokyo Olympics by distributing sweets among sports faculty and under-training athletes.

Bhavani Devi is a student of MA English at the college and had briefly trained at the college. She made history in Olympics as she not only became the first-ever fencer to represent India at the world games, but also the first to win a bout. Bhavani Devi’s Olympics outing lasted till second round, as she lost against world number three Manon Brunet in the individual event.

“She made an impressive debut by making a winning start at Tokyo Olympics making the country and college proud. Even if her Olympics debut lasted two rounds, she paved the way for many others to take up the sport,” said Principal Dr Mehal Singh. She enrolled in the college in 2018-19.

Bhavani Devi, 27, who originally hails from Chennai, Tamil Nadu, showcased an extra-ordinary performance during her Women’s Individual Table event in both her matches. Dr Mehal Singh said she had been playing the sport ever since her school days and qualifying for the Olympics was her biggest dream. “It is a memorable day for India and we all are proud of her performance. As a student of the college, she will be an inspiration for others,” he said. Bhavani has trained extensively in Italy prior to her Olympics participation. Khalsa College Governing Council honorary secretary Rajinder Mohan Singh Chhina also congratulated Devi.