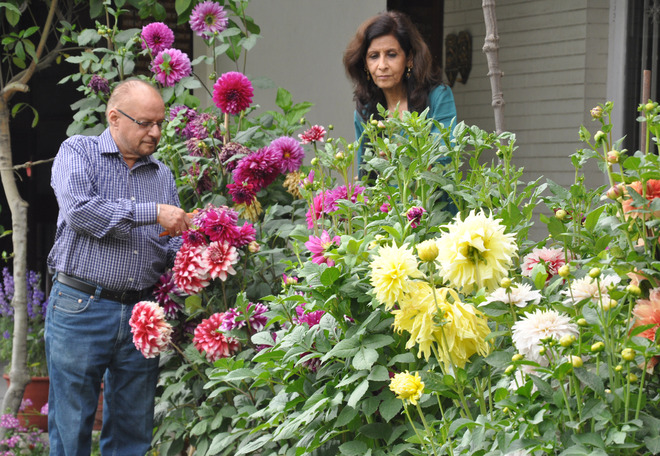 Learning the traits of gardening from his mother, noted child specialist Dr KS Manchanda has been growing not only flowering plants, but also vegetables and fruits in the sprawling lawn of his residence located on Ghala Mala Chowk here.

He daily works along with his gardener for at least four hours – two in the morning and two at eventide – for maintaining the lawn’s lush. 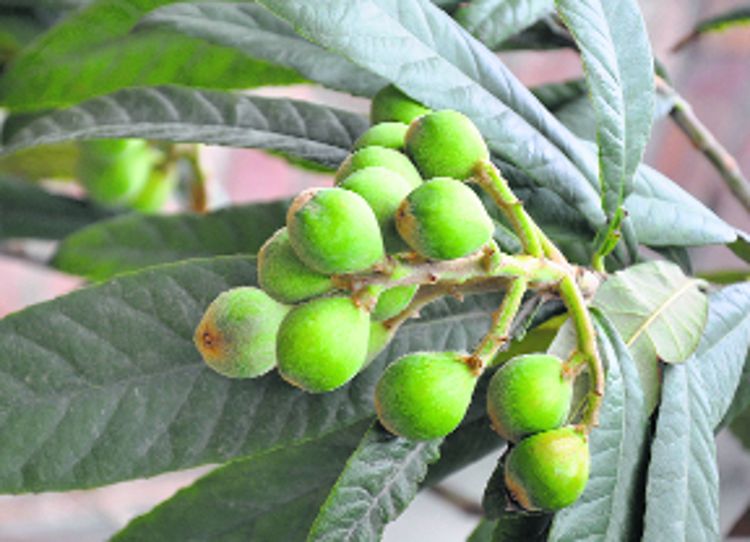 “It gives me immense pleasure and satisfaction to work in my lawn during spare time,” shares Dr Manchanda. He said he got the traits of gardening from his mother, Partibha Kamla Manchanda. His mother has been in the vegetable gardening for past several decades. Seeing his mother working in the garden, he also started producing fresh vegetables in the backyard. “She has the green fingers and everything she sows, grew without any big efforts,” he said.

At present he has green onions, tomato, lettuce and mint in the kitchen garden, while seeds have also been sown for new seasonal vegetables. Besides flowering and decorative plants his garden also boasts of fruit trees. He has a chakodra, three mango trees, three kinnoo, a sweet lime, loquat and papaya. He also has a pine tree and three sangwans inside the boundary walls of this house.

What is most fascinating is the magnolia tree, which is six decades old, situated right in the centre of the garden. Hear from him. “A former landscape officer with the local Municipal Corporation had once visited my house and revealed that his is the only tree of magnolia in the city,” he proudly tells.

Another tree that is dear to him is gardenia, which has aged over 50 years. “Once it was diseased and was dying. It was painful for me…so, I did all I could to save it. Now, it is flowering again,” a smiling Dr Manchanda reminisced. He has never shied from adding some new plants. His wife Dr Pammy Manchanda, former professor of mathematics at Guru Nanak Dev University, and other members of the family also contribute to keeping the garden healthy.

He has also dug up a pit for making compost from dry leaves of the garden and the kitchen waste. “Every kitchen waste goes into this composting pit added with dry leaves. Every year I get huge quantity of compost from here, which I use in my lawn, including kitchen garden. I never buy compost from outside,” he says.