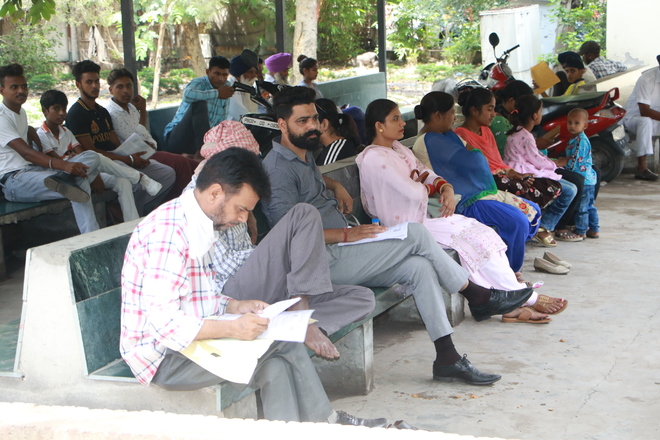 Visitors wait in anticipation as most of the staff members of government offices left for Patiala to protest. Photo: Sunil Kumar

Public services at government offices were crippled due to the protest by the employees of different state government departments on Thursday.

The employees in large numbers left for Patiala to participate in the state-level protest rally.

Sukhdev Singh, resident who visited the DC office, said he was not aware of the protest and had gone to collect his marriage certificate. Another resident Baaj Singh said came to know about the status of his complaint, but the clerk concerned was not available. A few of the visitors were seen sitting in the waiting area hoping that they would be able to get their works done somehow.

Meanwhile, Ashok Kumar, an employee leader, said the protest rally in Patiala was completely successful. Talking about inconvenience to the public he said: “The demands of employees are justified and rightful. It is the government that has failed the employees and general public by not accepting the demands on time.”