Lockdown deals a heavy blow to employees at malls in Amritsar 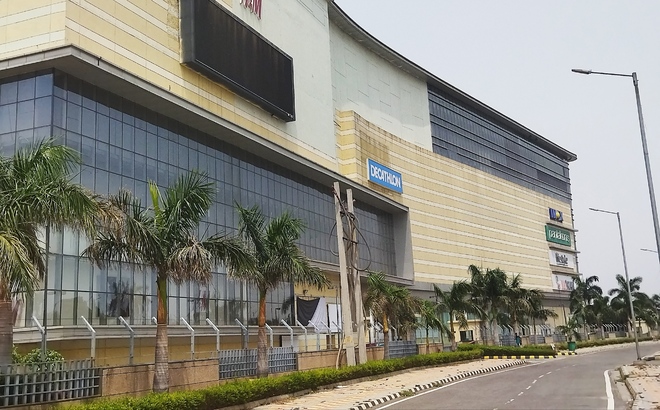 Over 500 employees working at malls were laid off due to Covid-19.

Hundreds of youngsters working at shopping malls are either issued pink slips or laid off or being partially paid in the wake of the restrictions imposed during the second wave of the Covid-19.

Insiders state that between 10 to 20 per cent showrooms in the high end malls in the city did not renew their contracts, leading to hundred per cent job losses of their employees. They observed that Covid dislodged those who were already on the edge.

A resident of Majitha road working with a leading multiplex-cum-shopping mall said over 500 employees were employed in different sections such as sales, house-keeping, security and others in the beginning of this year. He said barring some leading brands, which retained their staff and paid them full salaries, all others carried out pruning as per their convenience. Some of them issued pink slips to half of their staff while employees of some stores were laid off with a verbal assurance of being called back as normalcy returns.

A resident of Putlighar, working at another leading mall of the city, said, his many co-workers were being paid one-fourth salaries during the closure of shops. For example, a person who used to draw a monthly salary of Rs 15,000 was getting Rs 3,000. “These employees considered themselves to be lucky enough to be retained by their companies.” He said the government must extend a helping hand by developing a model in which all employees can be retained.

Meanwhile, the district chapter of the Shopping Centres Association of India (SCAI) urged state government for its intervention to allow malls to restart operations as per regular operational hours in a controlled and safe manner. It highlighted the pandemic forcing the state to take extreme measures like lockdowns which adversely impacted businesses and livelihoods of thousands of workers in the city. SCAI also addressed the concern that almost 80 per cent employees working in malls, shops, restaurants and service sectors are from economically weaker section and get directly impacted with such disruption in businesses.

The association maintained that it is possible to take all kinds of precautions at malls rather than local neighborhood shops. The association stated that operation of shopping malls required meticulous planning. Stores owners claimed that they followed all points of standard Operating Procedure (SOPs) such as humidity and temperature control, superior MERV 13 filter installations, fresh air circulation and separate air conditioning units in the past as well. So, opening of malls in a graded manner will not be an issue for them.