No MSP on maize in Tarn Taran 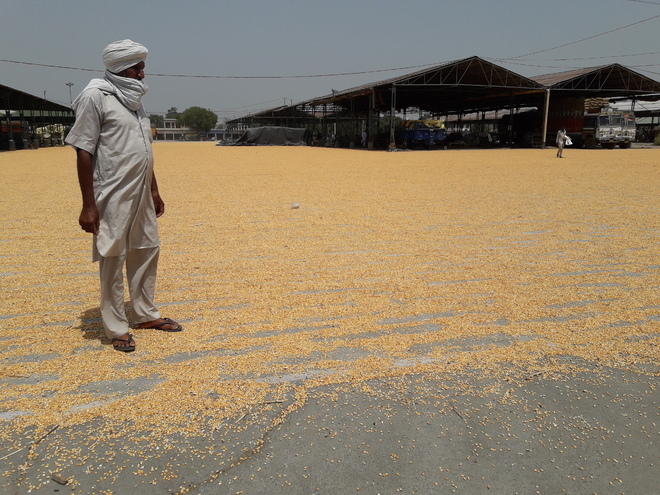 A farmer with his maize produce at the grain market in Tarn Taran.

Even though the central government has fixed the minimum support price (MSP) of maize at Rs 1,850 this year, there is no procurement of the crop by any agency across the state. The arrival of the crop in the local grain market began a week ago.

Kanwalpreet Singh Pannu, president, Kisan Sangharash Committee, Punjab, said the central and state governments had been asking the farmers to adopt crop diversification and come out of traditional wheat-paddy cycle, but was denying them the MSP on most of the crops, including pulses and maize.

Kuljit Singh Chief Agriculture Officer said there was no surety of MSP on maize, because of which farmers were not ready to adopt crop diversification.