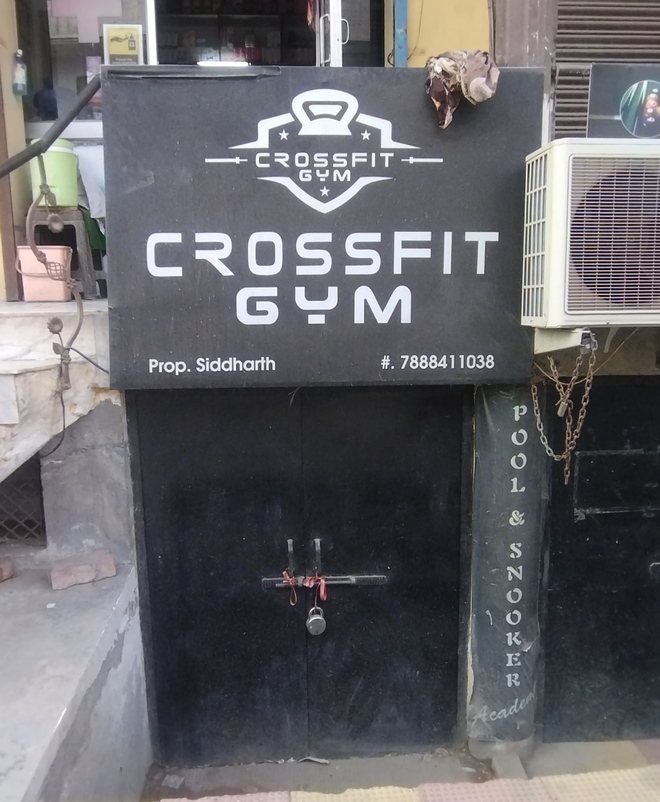 A view of closed gym in Amritsar.

After opening of malls, restaurants and gyms in Chandigarh, people involved in similar businesses in the holy city are also seeking the reopening of their establishments.

Proprietors of hotels, restaurants, gym owners and officials of mall, multiplexes are squirming with the piling up of losses. They say that their business has taken a backseat after drastic steps by the government to restrict the footfall of attendees and other curbs on their profession.

Navdeep Singh Grover, proprietor of a restaurant in a posh area of the city, said take away and home delivery did not provide them sustainable income. “How can salaries of nearly 18 employees be arranged when the main vocation of dine-in is lying closed?” he asked.

Grover said it was high time the government permitted the opening of restaurants along the lines of Chandigarh. He said even then it would be a daunting task to once again infuse money to attract customers in Covid-induced economic situation.

Gym owners said the government should take a leaf out of the UT’s decision to open gyms and replicate it here at the earliest.

They said their expenditures were mounting all these months when the gyms were closed but earning had stopped. They requested the government to allow opening of the gyms at the earliest to curtail losses.