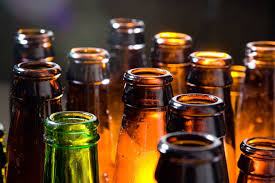 The government has failed to take note of illicit liquor mixed with banned medicines being sold in the market, which ensures slow but certain death of addicts, according to experts. Methanol (methyl alcohol), which causes instant death and blindness according to experts, has gained wide attention after over 100 people lost their lives due to consuming methanol-based alcohol recently. Usually, unscrupulous elements prepare this variety of liquor at their home and then sell it among consumers in plastic pouches for Rs 20 per pouch.

Cheap prices of this form of illicit liquor entice addicts, who are short of funds. Once hooked to this type of liquor, addicts gradually lose appetite. Despite it being so lethal in consumption, the successive governments have never focused on eradicating it from society.

Earlier, unscrupulous elements used to add dexavon and proxyvon in the illicit liquor, which are banned now and these drugs have been replaced with tramadol to increase intoxication.

Tony, a resident of the walled city, said some youngsters of his area, including two cousins, addicted to drinking alcohol laced with banned capsules and tablets, lost their lives.

“They preferred its peg to liquor available on vends, as it is cheaper and gives more kick. Gradually, all of them slimmed down. Within a couple of years they physically reduced to half of what they used to be. Not only their weight halved, but their arms, legs, face and chest shrunk. Literally, they turned into a miniature version of their previous physique. Eventually, they died,” he said.

Similarly, Sunil, a resident of Nawa Kot, said: “My neighbour is also addicted to the same form of liquor for the past over one year. His entire body has shrunken.”

A close observant of the impact of this form of liquor consumption, he shared that once addicted, its consumers can no longer digest the food. They feel a kind of burning sensation as soon as a morsel of cooked meal goes down in their stomach. So, they abhor eating and prefer only drinking alcohol with prohibited drugs in it.

Dr PD Garg, in-charge of state’s first Swami Vivekananda Drug Rehabilitation Centre, accepted that addicts consume illicit liquor packed with banned drugs to enhance the punch. He said its addicts lose appetite after some time of its consumption, which causes severe damage to their body.

22 hours ago
9
Punjab The Tribune interview