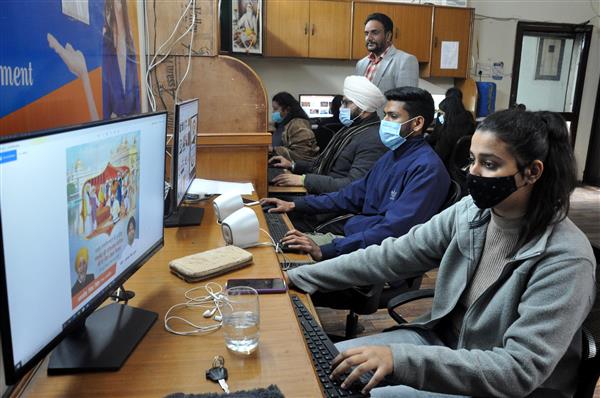 The significance of social media is seen in even those constituencies, where several slum, semi-urban and under-developed localities are situated. Photo: Sunil Kumar

Amid ban on political rallies and large gatherings, candidates of all political parties have adopted social media in a big way. Many of them have hired IT professionals to put across their point of view.

Cricketer-turned-commentator-turned-politician Navjot Singh Sidhu, president of the PPCC, who is seeking re-election from the Amritsar East Assembly constituency, was the first among the elected leaders from this border district to accept social media in a big way to further his point of view on burning topics. He introduced a separate IT cell at his local office to run the affairs on social media. He had even introduced a YouTube channel ‘Jittega Punjab’ (Punjab will win) in March 2020, where he liberally spoke on the opening of Kartarpur corridor, controversial three farming laws, progress model for state among other things.

Aditya Dutti, son of Sunil Dutti, incumbent MLA who is seeking re-election from the North seat, said they did set up an IT cell but to distribute voter slips to the electorate of the constituency. Besides, he did not deny the fact that they were operating a Facebook page to update the constituency voters about the movement of their leader and his activities in the constituency. He said they were also disseminating text and video messages on WhatsApp groups.

The significance of social media has not lost even in those constituencies, where several slum, semi-urban and under-developed localities are situated. For instance, in South constituency, leaders including Inderbir Singh Bolaria of the Congress, Inderbir Singh Nijjar of AAP, Talbir Singh Gill of SAD are taking assistance of social media apps to reach out to voters. In the West constituency, Raj Kumar Verka of the Congress, Dr Dalbir Singh of SAD and Jasbir Singh of AAP are utilising Facebook and WhatsApp groups to put across their ideas to influence the thought process of voters. Verka said all development works and activities in the constituency were being highlighted on social media groups to connect with voters.