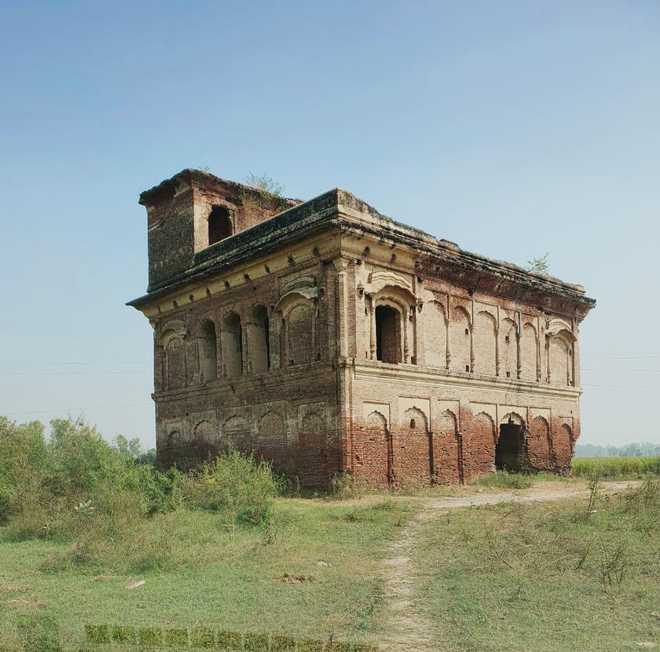 The region has several historic buildings of the Mughal, Maharaja Ranjit Singh and the British era. A few of the buildings are being restored by the Archeological Survey of India but several of them are being ignored.

About 35 km from the city, the mausoleum of Amanat Khan Shirazi, official calligrapher the Taj Mahal, is located at Sarai Amamnt Khan village. Even as Archaeological Survey of India (ASI) has been carrying out its renovation and conservation for decades, but still a large portion of the mausoleum was in dilapidated condition.

The historical site of Pul Kanjri, 35 km from Amritsar, towards the Indo-Pak border, has found its mention in many literary accounts pertaining to the life of Maharaja Ranjit Singh. The site was built by Maharaja Ranjit Singh between 1800 and 1840 as a resting abode for the king and his troops. But its history also mentions the love story between Maharaja Ranjit Singh and Mooran Sarkar, a Muslim courtesan. It is believed that Pul Kanjri, which was known as Pul Mooran before, got its popular name from her since dancers were addressed as kanjris back in the day. A number of Kos Minars constructed by Sher Sah Suri on the old Grand Trunk Road are still standing.

Baradari of Karam Singh Chhina is located at Chhina Karam Singh village on Ajnala-Chogawan Road. Michael Rahul, an activist stated that nearly 250-year-old precious heritage Baradari of Bhangi Misl is on the verge of extinction. He demanded restoration of these sites.