Meeting of senior officials scheduled to be held today, which will decide the next course of action 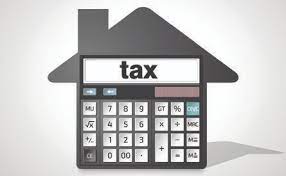 After issuing notices to 17,000 property tax defaulters in the city, the Municipal Corporation (MC) is now going to initiate its sealing drive. The meeting of senior officials is scheduled to be held on Monday to decide the next course of action.

The property tax wing of the MC had issued around 17,000 notices to tax defaulters, in which the MC had asked them to pay the tax to avoid any action.

MC officials claimed that a number of tax payers, who received the notices, paid the tax. However, sealing notices were issued to those who didn’t respond to the previous notices.

“More than 70,000 property owners have paid the tax till date. We have collected Rs19.50 crore from them. The recovery target for the fiscal is Rs42.50 crore and we are going to take some strict actions against tax defaulters. The sealing drive will be initiated soon to achieve the recovery targets,” said Daljit Singh, nodal officer for property tax.

The state government has announced one-time settlement (OTS) policy for tax payers. Property owners would get 10 per cent rebate till November 30 and 5 per cent till December 31. Residents can pay the pending tax without penalty till February 31 and after that, they have to pay 10 per cent penalty on the current tax.

The MC had set a target of collecting Rs42.5 crore as property tax this year. The property tax wing of the MC had never achieved the recovery target before. After joining, MC Commissioner Malwinder Singh Jaggi focused on the recovery of taxes and instructed employees to focus on commercial buildings and assure 100 per cent tax recovery. On the directions, MC issued notices to commercial establishment and achieved mid-term target of Rs19.25 crore till September 30.