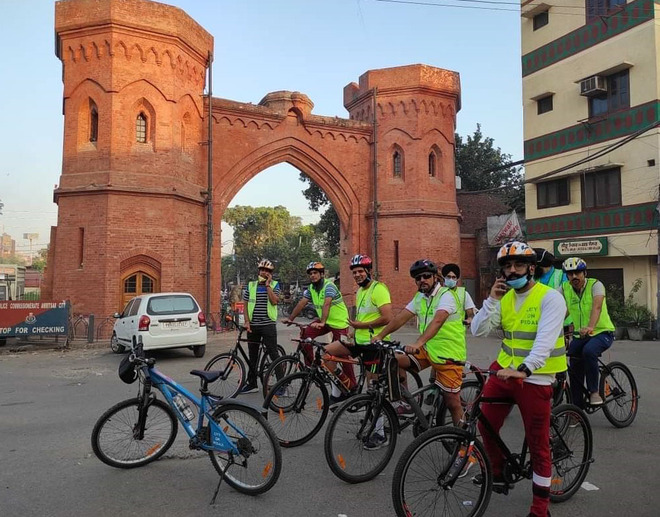 Though ease in Covid restrictions proved to be a glimmer of hope for tourism in the city, the tour guides and operators in city remain skeptical. The tourism and travel industry was almost rooted out during the pandemic, worldwide and Amritsar, like any other international tourist hotspot, felt the maximum heat. Many tour guides were left without jobs, some adapted to change in livelihood and others survived, barely.

With the new normal in place for most industries, the tour guides and operators, too, have managed to slip into different roles, taking up different professions, while still hoping for tourist revival. “I have been working as a salesman for an electronics showroom for two months now. The earning is not as much as I earned as a tour guide, but it’s still better than sitting idle. I would want to go back to my original profession as soon as the industry revives,” shared Gurinder Singh, who used to work tour guide for past 10 years. The reason for this is that tourism industry had been booming right before Covid-19 hit with full force.

“I used to earn anything between Rs 40,000- Rs 60,000 per month depending on the influx of tourists. The industry is going to revive but it seems that it is going to take at least three-four months at least for international travel to normalise,” he says. He hopes that with revival of domestic travel, things might improve.

Unlock 5.0 has had little effect on the tour operators as well. Not taking many risks, many have become active but with caution. “We had planned one or two cycle tours in city post lockdown but only with corporate collaborations as otherwise it’s too much of a financial risk. We had reduced the number of tourists to minimum,” said Rishabh Mahajan, whose start up City on Pedals got shut during lockdown. No immediate plans of re-opening, he says that he has managed to absorb some of the tour guides who used to work for him, as sales team in his other IT based start up. “We are hoping that international travel opens again. Only then can we think of business possibility. Till then, we are getting a lot of couple tour requests as domestic travel has begun.”