Who cares about weekend lockdown norms?

Though imposed at 5 pm, residents and vendors were seen flouting guidelines

The weekend lockdown, announced by the state government, was imposed in the district from 5 pm on Friday and it would remain in force till 5 am on Monday.

Even as there was scorching heat outside, residents were seen purchasing goods at the marketplaces in the afternoon. There was a huge rush outside grocery shops, medical stores and flour mills. The wholesale markets of pulses and daily needs, such as Rambagh and Dhab Khatikan, witnessed traffic jams. Besides city residents, people from periphery towns and villages were seen buying items in the city.

Though the police announced the closing of shops at 5 pm in all major markets, shops in inner streets and outer areas were seen open after 5 pm. There were crowds of people on roads till 7 pm. Every person on the street was in hurry to collect items of daily use.

The government has allowed some essential services during the lockdown, including chemist shops and sale of other essential items such as milk and vegetables. Farmers involved in wheat procurement and animal husbandry are also exempt.

The police only seemed vigilant to enforce the weekend lockdown orders, but did not take any strict action against violators. Vendors selling perishable commodities were present on streets till 7 pm as they would return to marketplaces on Monday.

As the Shiromani Gurdwara Parbandhak Committee and other religious organisations are celebrating the 400th birth anniversary celebrations of Guru Tegh Bahadur at Guru Ka Mehal in the walled city area, a large number of residents were seen attending the function. 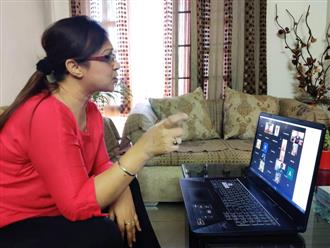