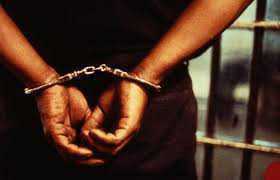 The local police today booked five persons for abetment to suicide after a 32-year-old woman allegedly committed suicide by hanging herself from a ceiling fan on Tuesday morning.

The deceased has been identified as Kamaljit Kaur of Cheeka town of Kaithal district in Haryana who married to Ravinder Singh of Raipur village of the district.

The Patiala police said that the case was registered on the complaint of the woman’s father who alleged that the accused were demanding dowry since long time following which she took her life by hanging herself from a ceiling fan in the house of her in-laws.

According to the complaint of the victim’s father, Kamaljit’s husband had been allegedly torturing her for dowry since long.

The police said three of the five suspects were nabbed today evening, however, the other two were yet to be arrested.

They said the suspects had allegedly tortured the deceased woman due to which she took the extreme step. A case under Section 306 of the Indian Penal code (IPC) has been registered against the suspects.