LONDON:England fast bowler James Anderson said he was filled with guilt and frustration after being ruled out of the second Ashes Test against Australia because of a calf injury that limited his participation in the series opener. 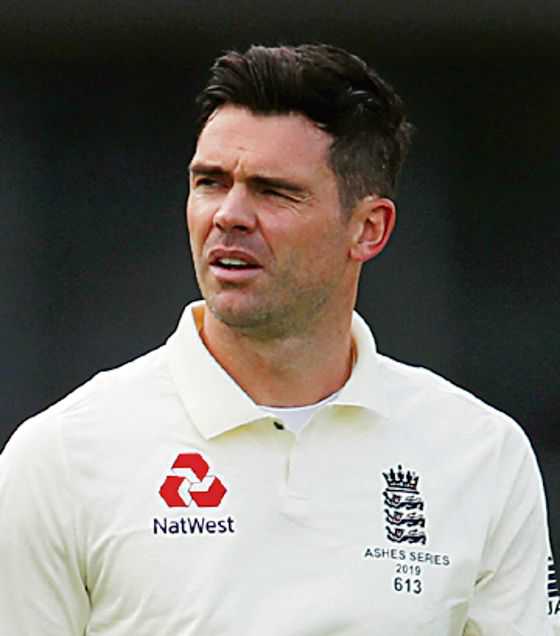 England fast bowler James Anderson said he was filled with guilt and frustration after being ruled out of the second Ashes Test against Australia because of a calf injury that limited his participation in the series opener.

The 37-year-old, who missed a warm-up match with Ireland and struggled to be fit for the series opener against Australia at Edgbaston, pulled up injured on Day 1 of the first Test which the hosts lost by 251 runs. He was then ruled out of the second Test on Tuesday. “You feel lots of guilt (and you are) generally frustrated but you’re trying to help the lads as much as possible without making them feel worse,” Anderson, who apologised to teammates after pulling up injured at Edgbaston, said. “I missed the Ireland Test as a precaution to make sure I was 100% for the Ashes. I felt angry having done all the work to get there. There’s nothing else we could’ve done,” he added.

The England and Wales Cricket Board (ECB) has said that the chances their record Test wicket-taker playing in the rest of the series would be reassessed on “an ongoing basis”. “All the tests they do... to see if it’s OK, it just wasn’t playing ball so it was hugely frustrating,” Anderson added.

Nothing to lose for Leach after Ashes call-up

Jack Leach admitted that he has “nothing to lose” after the England spinner was called up for the second Ashes Test. Leach is in contention to start in the clash on Wednesday after replacing fellow spin bowler Moeen Ali in the squad following his team’s first Test thrashing at Edgbaston, and he is ready to play with no fear after his earlier than expected role in the series. “It feels like I’ve got nothing to lose and a lot to gain,” Leach said. — Reuters