KANSAS CITY:American Simone Biles reasserted her position as the world&rsquo;s unrivaled No. 1 gymnast with an amazing winning performance at the US Gymnastics Championships in Kansas City, Missouri, on Sunday. 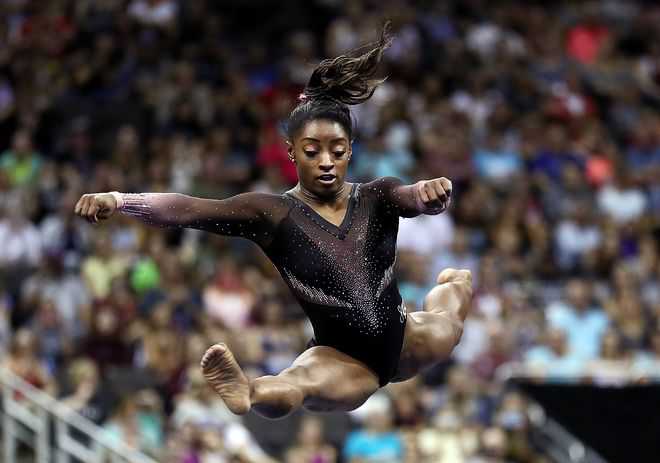 American Simone Biles reasserted her position as the world’s unrivaled No. 1 gymnast with an amazing winning performance at the US Gymnastics Championships in Kansas City, Missouri, on Sunday.

Biles marked the occasion by becoming the first woman to attempt and land a triple-twisting, double back maneuver during her floor routine.

Bile was, however, not quite content even with that unprecedented move. “It was a lot better. It wasn’t as good as in some of the trainings,” Biles said. “I’m just happy that I landed it because I feel like after night one my confidence got shot down,” she added.