MOHALI: A motorcyclist was killed after being hit by a Mahindra pick-up van here. 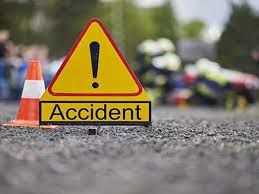 A motorcyclist was killed after being hit by a Mahindra pick-up van here. The incident took place on the road in front of a gurdwara at Manana village late last night.

The deceased has been identified as Harnek Singh (45), a resident of Manana.

According to the police, Harnek, a farmer, was going to purchase flour on his motorcycle when the van, which was coming from the opposite side, hit his  two-wheeler.

“The van driver fled from the spot after the mishap. The victim, who suffered serious injuries, was shifted to the PGI, where he succumbed to his injuries,” said the police. A case has been registered against the unidentified driver of the van under Sections 279, 337, 338, 427 and 304-A of the IPC at the Balongi police station on the complaint of the victim’s son, Jaswinder Singh.