CHANDIGARH: The Punjab and Haryana High Court has put on hold the dispensing away of services of the officer-in-charge (OIC) of the Ex-servicemen’s Contributory Health Scheme (ECHS) polyclinic in Chandigarh on the expiry of the contractual period. 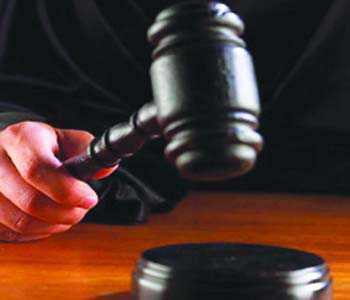 The Punjab and Haryana High Court has put on hold the dispensing away of services of the officer-in-charge (OIC) of the Ex-servicemen’s Contributory Health Scheme (ECHS) polyclinic in Chandigarh on the expiry of the contractual period.

Col KVPS Hundal (retd) had been engaged as the OIC of the polyclinic on a contractual basis for a period of 12 months from November 8, 2018, to November 7, 2019. A letter issued by the Station Headquarters, Chandimandir, on November 7, 2019, states that the extension of the tenure beyond November 7 has not been approved and his employment hence stands terminated.

In another letter issued the same day, the Station Headquarters has granted temporary appointment to another officer for a period of 89 days with effect from November 8, 2019. The board of officers for selection was held in May this year.

On November 7, a single bench of the High Court, comprising Justice Arun Monga, had ordered that status quo shall be maintained qua services of Colonel Hundal as on date a day prior to the last date of expiry of the contract.

He had moved the High Court on November 6, a day before the contract was to end. He has contended that the one-year term is extendable by another year and if there is nothing adverse against a person, a contractual employee cannot be replaced by another contractual employee. He also said he was not given any prior notice about the contract not being renewed, but issued the letter on the last day.

Further, in a letter written to the Station Headquarters today, he averred that despite the Station Headquarters and senior officers concerned being apprised of the High Court’s stay orders of November 7 the same day, two officers, along with several military police personnel, arrived at the polyclinic today and forcibly removed him from his office, which amounted to contempt of court.