CHANDIGARH:Minerva Punjab FC held Round Glass Sports Club (RGSC) to a goalless draw on Tuesday to win the Punjab leg of the AIFF U-18 Youth League, at the Singhpura Road Stadium in Kurali. 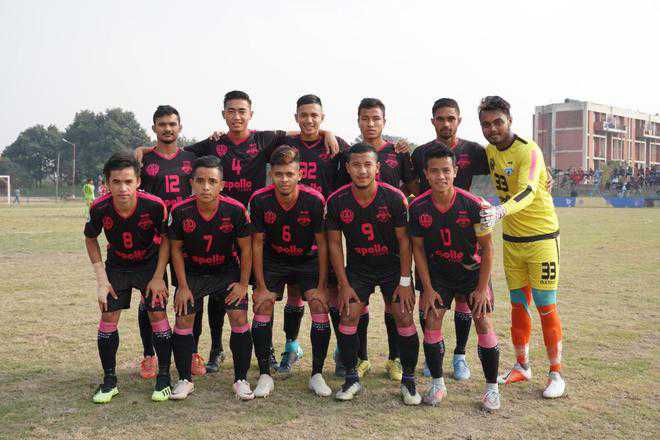 Minerva FC won five of their six matches in the Punjab leg of the AIFF U-18 Youth League and topped the table with 13 points. Round Glass Sports Club finished second with eight points.

Minerva Punjab FC held Round Glass Sports Club (RGSC) to a goalless draw on Tuesday to win the Punjab leg of the AIFF U-18 Youth League, at the Singhpura Road Stadium in Kurali.

With today’s draw, Minerva FC topped the table with 13 points and qualified for the next level of the championship. Round Glass Sports Club remained second with eight points, while Youth Football Club finished third with seven points.

Minerva colts remained unbeaten throughout the group stage. The side won five of their six matches, while they settled for a draw against Round Glass Club.

The side made a few changes to their squad on Tuesday to surprise their opponents. The match started on a slow note and it was Minerva FC which got the first chance to score the lead in the 17th minute.

Radhakanta got a perfect chance to post the ball over the goal line, but his attempt went wide.

In the 31st minute, Shahjahan’s long range volley missed the goal by a whisker.

With both the sides tied 0-0 at the half time, Round Glass boys came out charging in search of a goal, but an alert Minerva back line kept them in check.

In the 52nd minute, Minerva almost broke the deadlock through Lunitingmang’s shot, but Round Glass custodian was up to the defence.

Round Glass strikers did manage to get into Minerva’s danger area in the 85th minute, but a poor attempt on the goal meant that the match ended in a goalless draw.