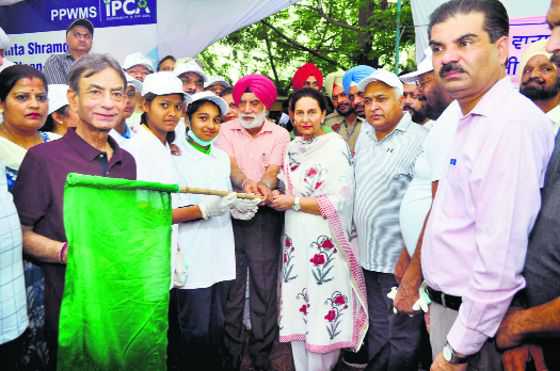 The PPCB officials and people from different walks of life collected polythene and waste material from Badi-Nadi bridge on the Patiala- Chandigarh road.

As many as 300 students from Government Multipurpose School and the MC sanitation workers along with Mayor Sanjeev Sharma Bittu took part in the drive.

The drive was flagged off by the Patiala MP, Preneet Kaur. However, she could not participate in the drive as she fainted during the event and left the venue.

Sharma appealed residents to make Patiala plastic-free city. He said the city shown a marked improvement, over the last one year, as per the cleanliness survey ‘Swachh Survekshan’ conducted the Central Government.

While addressing school kids, he said, “Children can play a major role in spreading awareness about harmful effects of plastic. They should deter their family members from littering plastic on roads and streets.”