CHANDIGARH: Even four days after an official car belonging to former UT Home Secretary Anil Kumar knocked down a 90-year-old war veteran at the entrance to Tagore Theatre, the UT police are yet to arrest the car driver and impound the Honda City car (HR 70 R 0078). 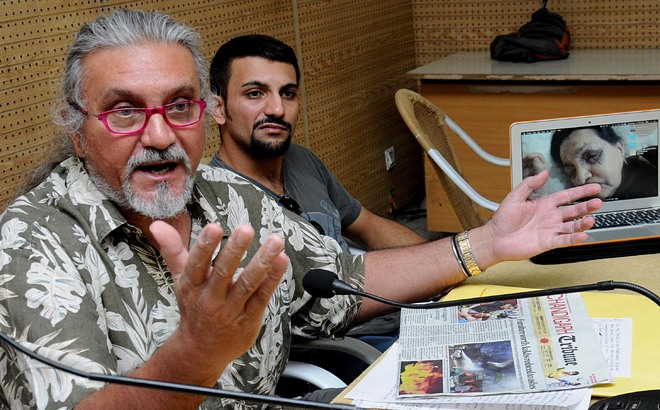 Even four days after an official car belonging to former UT Home Secretary Anil Kumar knocked down a 90-year-old war veteran at the entrance to Tagore Theatre, the UT police are yet to arrest the car driver and impound the Honda City car (HR 70 R 0078).

Although the police have booked the car driver as “unknown person” under Sections 279 (rash driving) and 337 (endangering life and personal safety of others) of the IPC, they have failed to bring on record the name of the driver and have not even take cognisance of the fact that the former Home Secretary, who was present at the spot, has himself acknowledged the incident but with a different version to the sequence of events.

Sector 19 SHO Maninder Singh, ASP (East) Guriqbal Sigh Sidhu, SP (City) Parvinder Singh and SSP Sukhchain Singh Gill did not respond to repeated phone calls. None of the officers also bothered to reply to SMSes sent on their official numbers regarding the issue.

Sources said the policemen were busy with VVIP duties.

Addressing a specially summoned press conference earlier in the day, the war veteran’s son, Inderpreet Singh Dhanoa, accused Anil Kumar, who as former UT Home Secretary had also supervised the Chandigarh Police Department, of showing gross insensitivity towards his mother by not attending to her or offering her medical assistance. “The officer did not bother to stop and ensure that my mother was rushed to the hospital,” he said while alleging that the UT police were under the “influence” of the serving bureaucrat. The police did not register a case for two days, he said.

“The car driver’s mother also visited our house urging us to withdraw the complaint. She got our address from the police,” he claimed.

The family said it had not seen the CCTV footage of Tagore Theatre.

Anil Kumar, however, claimed that he had helped the 90-year-old retired Army officer after she fell, made her sit on a chair and then offered her water from his bottle. “If the woman’s son did not see me doing that, I can’t help it. He may have been busy arguing with the driver at that time,” Anil Kumar said.

He said policemen were present at the spot, who had offered to call an ambulance. However, the woman’s son had said he would take her in his car.

On his car driver not having been arrested so far, the IAS officer said it was the duty of the police to arrest the driver. “I don’t interfere in the police functioning,” he said.