Law should be lynchpin : The Tribune India

Law should be lynchpin

A fortnight after the Rajasthan Assembly passed a Bill providing for life imprisonment and a fine up to Rs 5 lakh to convicts in cases of mob lynching involving the victim’s death, in what was a signature move, a lower court has now ordered the acquittal of the six accused of causing Pehlu Khan’s death, giving them the benefit of the doubt. 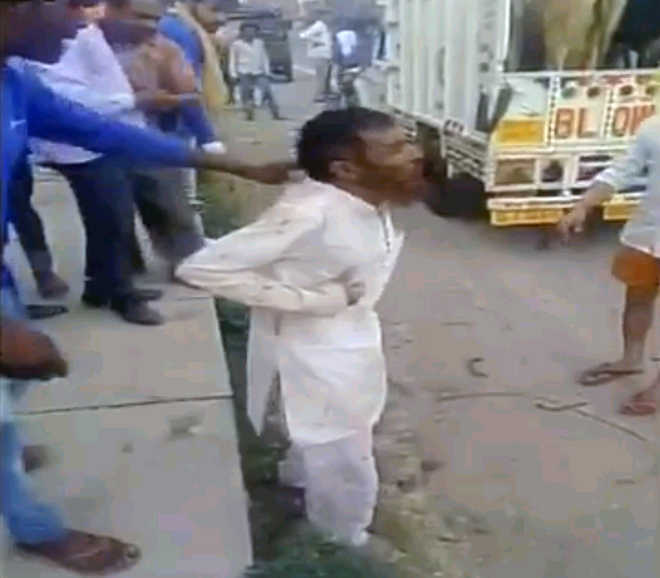 A fortnight after the Rajasthan Assembly passed a Bill providing for life imprisonment and a fine up to Rs 5 lakh to convicts in cases of mob lynching involving the victim’s death, in what was a signature move, a lower court has now ordered the acquittal of the six accused of causing Pehlu Khan’s death, giving them the benefit of the doubt. Khan, a cattle trader, was transporting cows from Jaipur to Nuh in the Mewat region of Haryana when he was beaten up by cow vigilantes. The verdict has raised queries over the way the prosecution pursued the case. The video on the basis of which the accused were charged could not be sent for a forensic test and that others were made accused in the case instead of those named, the court observed.

With incidents of lynching increasing, the Supreme Court had pleaded for protecting the ‘pluralist social fabric’ of the country and stopping ‘horrific acts of mobocracy’. The Rajasthan law had given hope but ‘shortcomings’ in the case have put paid to it for now. Generally, Muslims and Dalits are seen to be at the receiving end, to accentuate communal and caste divide, but as incidents in Bihar have shown, those accused of witchcraft have also suffered. It is a travesty of justice that people should take law into their own hands in so self-righteous a manner despite the dissatisfaction with institutional mechanisms. The accusations of cattle theft are countered by allegations of extortion, especially in Mewat area, and of social media being used to distort facts and spread rumours.

Manipur was among the first states to enact a law on lynching incidents. It provides for protecting the vulnerable population and rehabilitation in case of death, disability or displacement and in keeping with the SC directions, appointed nodal officers and set up special courts for faster dispensation of justice. An appeal in a higher court is likely in the Pehlu Khan case. But for justice to be delivered, all must play their part fair. Only then can a new leaf be turned in dealing with hate crimes.