MUKTSAR: A Congress ticket aspirant, his wife and daughter died under mysterious circumstances at their house in Rupana village today. 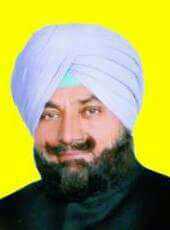 A Congress ticket aspirant, his wife and daughter died under mysterious circumstances at their house in Rupana village today. The condition of the deceased’s son, who is admitted to hospital, is critical.

The deceased identified as Mool Chand, a retired government teacher, had applied for the Congress ticket to contest the election from Malout.

Sources said the family was found dead when some children went to their house in the evening seeking money to celebrate Lohri.

They informed the neighbours, who took them to hospital, where the doctor declared Mool Chand, his wife Jasjeet and their daughter Amandeep brought dead. His son Mandeep is battling for life.

Dr Mukesh Bansal, owner of a private hospital, said, “It seems to a case of poisoning as the bodies bore no injury marks. The three were brought dead. The cause of deaths will be ascertained after the postmortem.”