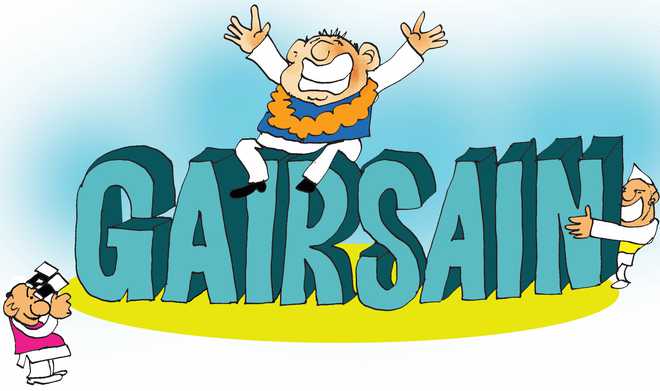 A perusal of the statehood movement of Uttarakhand reveals the whys and wherefores of its creation. The demand of Gairsain as permanent capital of Uttarakhand was core to the indomitable statehood struggle. In 1952, it was the Communist Party of India that first passed a resolution moved by PC Joshi related to separate statehood to the hill region of Uttar Pradesh. However, many believe that in 1939 it was Jawaharlal Nehru who advocated that the hilly region of Uttar Pradesh be made a separate unit (state).

The struggle for separate Uttarkahand had begun attracting masses by 1960. But it was in 1974 when four youths from Garhwal University and Kumaun University, namely Kunwar Prasoon, Pratap Shikhar, Shekhar Pathak and Shemsher Singh Bisht, undertook the Askot-Arakot Yatra which helped in theorising Uttarakhand as a new state. The padyatra began from Askot, the eastern point, and after 25 days culminated at Arakot, the western point of Uttarakhand. They witnessed the pathetic conditions in remote areas deprived of basic amenities. Poor people depended only on potato, fafar and cholai to satisfy their hunger. They highlighted the issues related to unemployment, illiteracy and scarcity of food and medical facility in the national and international media and gave a vision of an independent state comprising Garhwal and Kumaon.

The hill region witnessed a bewildering situation as the main political parties (read Congress and BJP) and their leaders did not take part in the mass movement for Uttarakhand.  Pt Govind Ballabh Pant had blocked the demand of a separate state of Uttarakhand from being forwarded to the State Reorganisation Commission while ND Tiwari had declared that Uttarakhand would be created on his dead body.

The BJP and the Congress that have ruled the state in the last 16 years have never been serious about the Gairsain issue. BC Khanduri is the MP from Pauri Garhwal where the Vidhan Sabha building is being built at Bhararisain in Gairsain but he had never visited the place in the last three years. Another former BJP Chief Minister and present Haridwar MP Ramesh Pokhriyal Nishank only builds castles in the air. He never had a clear stand on the capital issue. Former Pauri Garhwal MP Satpal Maharaj was the one who had wittingly or unwittingly raised the demand for a Vidhan Sabha building at Gairsain. Former Chief Minister Vijay Bahuguna may not have taken any mature political decision during his regime but he is credited with taking the decision of constructing the Vidhan Sabha building at Gairsain. Both Satpal Maharaj and Vijay Bahuguna have joined the BJP and now they do not speak openly about the capital issue. This could be due to the unclear party line of the BJP.

Incumbent Chief Minister Harish Rawat is at political crossroads. He is a popular leader and enjoys tremendous support, especially in Haridwar, and hence is not emphatically taking up the cause of Gairsain.

The BJP is now sporadically raking up the issue in view of the upcoming Assembly elections next year. Twelve of its MLAs did not attend the Assembly session held at Gairsain recently. When Leader of the Opposition Ajay Bhatt demanded a discussion of the Gairsain issue only seven BJP legislators were present in the House. Chief Minister Harish Rawat during the course of the Assembly session demanded Rs 10,000 crore from the Central government for infrastructure development to realize the dream of Gairsain as capital of the state. The demand was laughable as the state government never consulted the Centre before deciding to build a Vidhan Sabha building at Bhararisain. Legislative Assembly Speaker Govind Singh Kunjwal speaks openly in favour of Gairsain as permanent capital but at the same time doesn't oppose the Vidhan Sabha building being constructed at Raipur in Dehradun.

During 1975, the Uttarakhand Sangharsh Vahini was a strong platform for the two mass movements -Van Movement and Nasha Nahin Rojgar Do (No intoxication, give employment). These movements kindled social and environmental awareness among people, thus furthering the cause of separated state of Uttarakhand. In 1979, a new political party Uttarakhand Kranti Dal emerged. The creation of Uttarakhand was the focal point of its agenda. People lent their support to the cause by electing Jaswant Singh from the Ranikhet Assembly seat. The UKD made all efforts to take the movement to every house and every person. It was successful in gathering support from national parties. The BJP, for which all supporters of the Uttarakhand statehood agitation, were anti-nationals till 1987, openly started supporting the movement and bagged 17 Assembly seats in the elections.

Historically, the Katuryi rulers, who ruled over entire Uttarakhand, divided it between Garhwal and Kumaon to further their selfish motives. They even widened differences between festivals and rituals of cultural significance. Government institutes such as Garhwal University, Kumaun University, Garhwal Mandal Vikas Nigam and Kumaon Mandal Vikas Nigam were formed on this legacy of division.

The Congress and the BJP instead of steadfastly supporting the struggle for the creation of Uttarakhand wanted to keep the division between Garhwal and Kumaon wide open. To mislead people on the demand of Uttarakhand, they asked them about their choice of state capital. It was a vicious plan to deepen the divide between the people of both regions. The UKD exposed this ploy by declaring 30 km to 50 km area of Gairsain as the capital of Uttarakhand and named it Chandra Nagar after Vir Chandra Singh Garhwali, the hero of the Peshwar massacre. By the farsightedness of leaders such as Dr DD Pant, Indramani Badoni, Kashi Singh Aeri, Trivendra Panwar that Uttarakhand got its capital. Gairsain enjoyed the status of capital unanimously during the 1994 movement.

The agitation against the OBC reservation and brutalities by the Mulayam Singh Yadav government in 1994 strengthened the statehood movement. Forty-two persons were brutally killed and women were molested. This was the most gruesome chapter of the movement that despite all provoations remained non-violent.

In 1994, a ministerial committee under the chairmanship of Rama Shankar Kaushik, Urban Development Minister of Uttar Pradesh, recommended Uttarakhand as a new state and Gairsain as its capital. On September 23, 2000, the Uttarakhand Mahila Manch organised a rally and declared Gairsain as capital. The Uttar Pradesh State Reorganisation Bill 2000 declared Uttarakhand as the 27th state of the union but it made no mention of the capital. This gave the bureaucracy a chance to entrench itself in Dehradun to enjoy all kinds of facilities. There is no exaggeration that the bureaucracy has converted a heavenly city into a hell on earth. The Birendra Dikshit Commission in its report stated that Gairsain was people’s choice for capital. The Uttarakhand Parivartan Party, a regional party, also celebrated its raising day at Gairsain in 2008 and passed a resolution to make Gairsain the capital.

Gairsain is a charming valley in Chamoli district. There exists Dudhatoli hill, known as Pamir of Uttarakhand, where spreads small hills of Pensar and originates the Ramganga. Geographically, it is the central place of Uttarakhand. Average distance to every district headquarters from Gairsain is about 180 km. The nearest district headquarters is Rudraprayag (78 km.) and the farthest is Dehradun (280 km).  It is the epitome of perfect blending of two cultures of Garhwal and Kumaon.

Gairsain is the only hope for the development of undeveloped, neglected and backward areas of Uttarakhand.  The road to prosperous and successful Uttarakhand can begin from Gairsain only. The construction of two Vidhan Sabha bhavans at Gairsain and Raipur is fooling the people of Uttarakhand. The concept of two capitals shows the obstructive mindset of politicians and the bureaucrats, as derived from the imperial era, who want all recreation facilities for both winter and summer seasons.