One of the most popular attractions in fog city, San Francisco, is the Alcatraz Island. Located less than 2 km from the Fisherman’s wharf, the island is also called the “rock” owing to the fact that it was a barren, irregular mass of land jutting out of the bay. 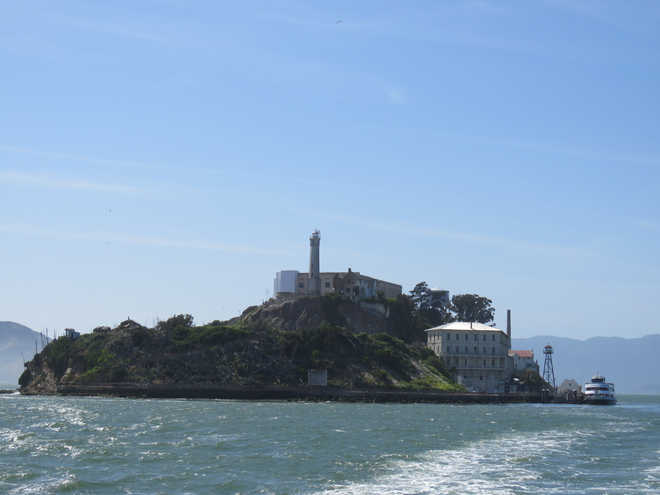 Steeped in history: Declared a national historic landmark, the barren, irregular mass of land jutting out of the bay was once a heavily protected military site

One of the most popular attractions in fog city, San Francisco, is the Alcatraz Island. Located less than 2 km from the Fisherman’s wharf, the island is also called the “rock” owing to the fact that it was a barren, irregular mass of land jutting out of the bay. Covering 22 acres, the island is steeped in history that dates back to the 18th century and was declared a national historic landmark in 1986. Managed by the National Park Service, the island is accessible by a ferry ride from Pier 33 of the city.

Originally called Island de los Alcatrazes or the Island of Pelicans because of the presence of many of these avian species, the island was first inhabited by the Spanish, who built several structures on the island. The island today is extremely significant for the lighthouse that is the oldest operating lighthouse on the West Coast of the United States, military fortification and the prison. Fortification of the island and its use for military purposes started in the 1850s following America’s acquisition of California from Mexico after the Mexican-American war. Soon a fortress was built and the island mounted close to 100 cannons making it a heavily protected military site.

The island was isolated from the mainland and the cold, strong waters and currents of the San Francisco Bay. This ‘almost impregnable’ location made it an ideal site for a prison. Alcatraz served as a military prison starting from the 1860s as it was considered an ideal place from where no inmate could escape. As the number of prisoners swelled to hundreds, facilities were added to accommodate the inmates and Alcatraz was officially designated as the Western US military prison. Alcatraz was handed over to the US Justice Department after which it became a federal prison from 1934-63 that was used to house the most dangerous and notorious criminals.

The prison was home to several disruptive and wanted criminals, including George “Machine Gun” Kelly (1895-1954), who was charged with kidnapping and gangster Alvin “Creepy Karpis” Karpowicz who was infamously known as “Public Enemy No. 1” by the FBI during the 1930s. There is a record of 14 escape attempts involving 36 inmates and the same has inspired many a movie as well as the “Escape from Alcatraz,” which is an annual triathlon organised by IMG each June. The rigorous race includes a one-and-a-half-mile swim in the icy cold waters starting near Alcatraz Island, a one-half-mile run from the bay to the transition zone at Marina Green, an eighteen-mile bike ride and finally an eight-mile run!

Alcatraz makes for an insightful half day tour from San Francisco where visitors can view a number of landmarks on the island, including the boat dock, former military chapel, library, main cell house, dining hall, morgue, the lighthouse and the officer’s club. One can enjoy great sights of the bay, surrounding landscape, animal and marine life during the visit.