HARIDWAR: Work on execution of some of the projects under the Namami Gange plan of the Central Government’s National Mission for Clean Ganga has begun in Haridwar. 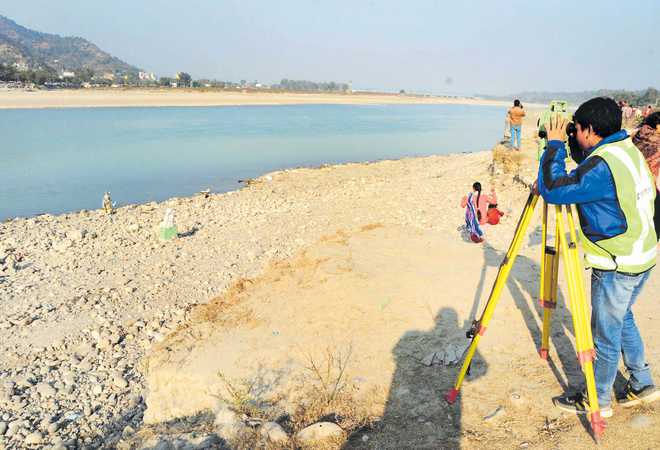 Work on execution of some of the projects under the Namami Gange plan of the Central Government’s National Mission for Clean Ganga has begun in Haridwar.

“It’s a dream project of Prime Minister Narendra Modi. Uma Bharati, Minister of State, Water Resources, River Development and Ganga Rejuvenation has been given the  major responsibility of the project. Recently, along with Chief Minister Trivendra Singh Rawat and Uma Bharati, I had held detailed discussion at the Damkoti state guest house. A discussion was also held on the proper utilization of allocated funds,” said Kaushik.

A first of its kind, architecture approved for the 675 m Ganga ghat at the Neel Dhara is being constructed under the Namami Gange by the National Mission for Clean Ganga.

While, the capacity of 18 MLD Jagjeetpur village STP will be upgraded to 68 MLD and 18 MLD Sarai village STP will be increased to 32 MLD in the coming days.   City Mayor Manoj Garg is hopeful of sacred Ganga getting cleaned through the Namami Gange projects. The government is trying to clean the Ganga, but cooperation of local residents, devotees, pilgrims, tourists and the trader fraternity is imperative, he added.