SYDNEY: It was the moment for the Indian Tricolour to fly high as the student team from Faridabad-based Manav Rachna Institute of Research and Studies won the Microsoft Imagine Cup Asia Regional Semifinals here on Tuesday and moved one step closer to win the grand prize of $100,000 at the world championship in the US. 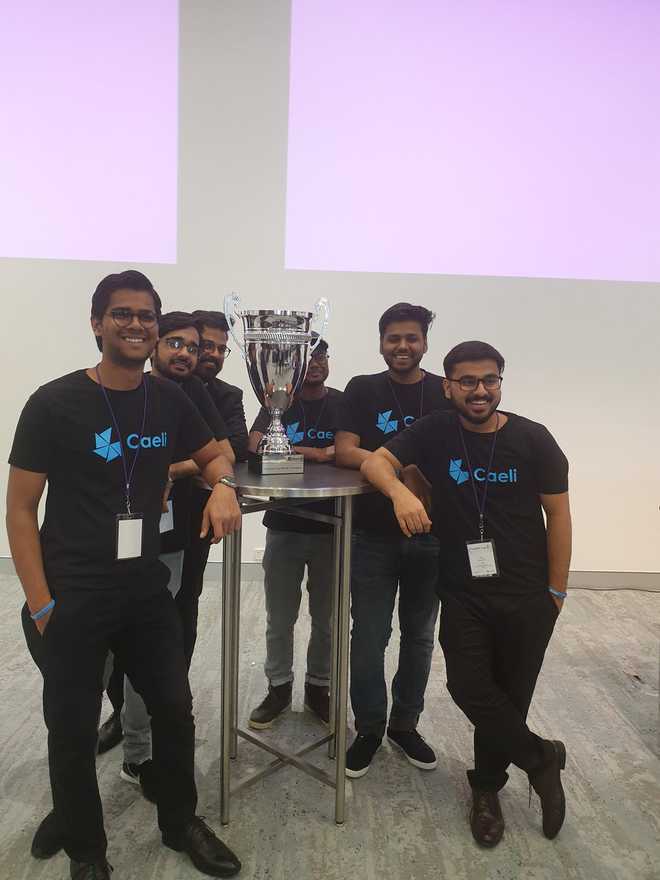 The team from Manav Rachna Institute of Research and Studies has developed ‘Caeli’. Photo Credit: Twitter.

It was the moment for the Indian Tricolour to fly high as the student team from Faridabad-based Manav Rachna Institute of Research and Studies won the Microsoft Imagine Cup Asia Regional Semifinals here on Tuesday and moved one step closer to win the grand prize of $100,000 at the world championship in the US.

"Caeli" implements breakthrough features to improve the quality of life for respiratory patients living in polluted areas like in north India and especially in the Delhi and National Capital Region (NCR).

"At a time when air pollution is a big concern in various countries including India, we are collecting the real-time air pollution data that can be used by relevant stakeholders and the Indian government. They can integrate our APIs into their projects and gain more insights," Aakash Bhadana from the "Caeli" team told IANS.

The winner at the Asia competition received $15,000 and secured a spot in the world championship to be able to win the grand price of $100,000 at Microsoft's Redmond-based headquarters in May, while the first runners-up received $5,000 and the second runners-up $1,000.

The first runner-up was the "Rail Nova China" team that built a Rail Component Inspection Robot (AI+IoT) which operates through automatic positioning and identifies various defects through multi-sensor fusion in order to realize the replacement of workers in a rail inspection project.

The second runner-up was from Philippines "USCAid" who build the Aqua Check app that utilises Microsoft Azure's Custom Vision to empower anyone to analyse for contamination by taking a photo of a water sample through a microscope.

There were three Indian teams among the 12 Asia finalists.

The other two teams were from the Tamil Nadu-based Vellore Institute of Technology and Bengaluru-based R.V. College of Engineering.

Considered as the "Olympics of Technology", Imagine Cup is a global annual competition sponsored and hosted by Microsoft.

Over the past 10 years, more than 1.65 million students from more than 190 countries have participated in the "Imagine Cup". — IANS