ROHTAK: India has around 62.4 million people with diabetes, and the number is set to surpass 100 million by 2030, as per the Indian Council of Medical Research (ICMR). 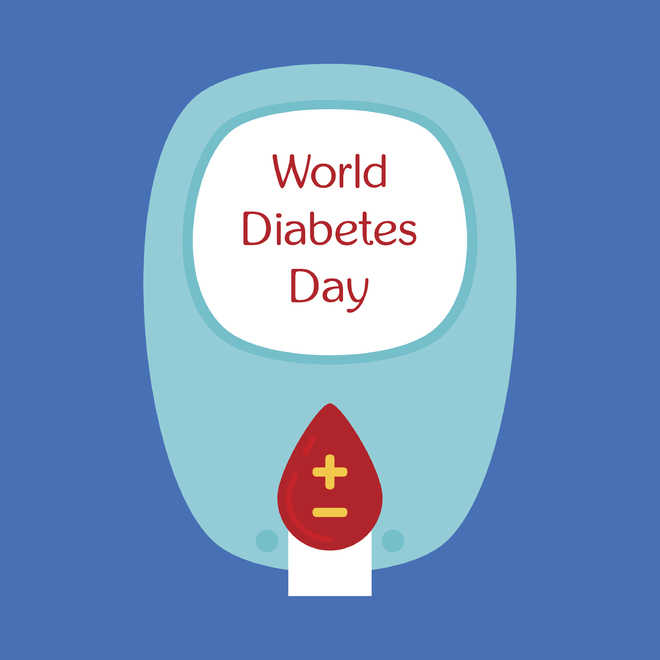 India has around 62.4 million people with diabetes, and the number is set to surpass 100 million by 2030, as per the Indian Council of Medical Research (ICMR).

The majority of people with diabetes (more than 90 per cent) have Type 2 diabetes (T2DM), which predominantly affects elderly persons in developed countries and the younger population in the prime of their working lives in developing nations such as India.

He said complications associated with diabetes never showed symptoms initially. “But with regular check-up, right treatment and lifestyle changes, diabetes can be prevented or its risk minimised.”

“For instance, patients with diabetes are two to three times more likely to have a stroke or a heart attack and are more prone to cardiovascular diseases. To reduce the risk of heart and blood vessel diseases, patients must quit smoking, should exercise regularly, and minimise the intake of greasy and oily food for diet plays an important role in the well being of a man. Patients must monitor their blood sugar and blood pressure regularly, as recommended by doctors,” Dr Aggarwal said.

The doctor further said patients with diabetes often had high blood pressure, which put more strain on the cardiovascular system and increased the risk of eye and kidney complications.