JIND: Union Home Minister Amit Shah on Friday said scrapping the special status of Jammu and Kashmir is a “big milestone” for the country’s unity and accused the Congress of not taking the step because of its “vote-bank greed”. 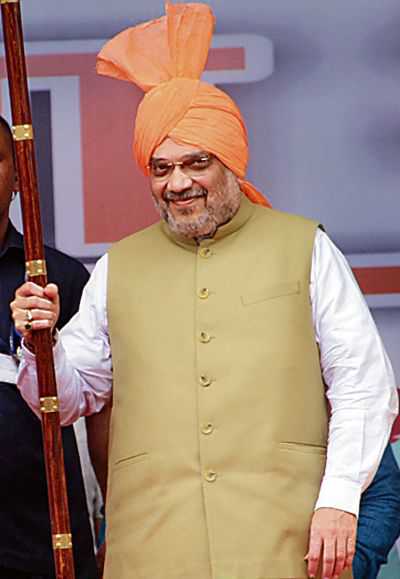 Home Minister Amit Shah today said abrogation of Article 370 was a big tribute to Haryana’s Army men who scarified their lives in Kashmir and a “major milestone” in the development of Jammu and Kashmir.

Addressing “Aastha rally” organised by Rajya Sabha MP Birendra Singh at Eklavya Stadium here, Shah showered praise on Chief Minister Manohar Lal Khattar and exhorted people to help BJP achieve its target of winning more than 75 seats in the upcoming Assembly elections in the state. In his first public meeting after the revocation of special status for J&K, Shah accused the  Congress of  “vote-bank greed”.

He said the Modi government took the decision within 75 days of coming to power in its second term as national interest was his priority, while the previous Congress-led governments could not do so in “72 years”.

“Article 370 was a hindrance to J&K’s development. It will also work to root out militancy from the region,” Shah said, adding that the step was also needed for unity and integrity of the country. Shah applauded Khattar for eliminating corruption from recruitment in government jobs and removing casteism.