NEW DELHI:Punjab has reported the highest burden of ischemic heart diseases in India by emerging on top of the charts in a maiden study of inter-state health status. 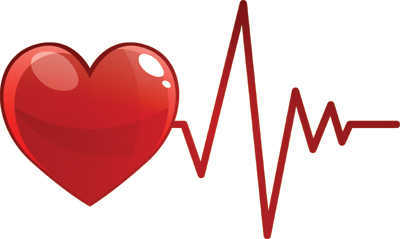 Punjab has reported the highest burden of ischemic heart diseases in India by emerging on top of the charts in a maiden study of inter-state health status. The state is also the second highest carrier of diabetes burden in India, after Kerala.

The India State-level Disease Burden Initiative, a collaborative work of the Indian Council of Medical Research (ICMR), Public Health Foundation of India (PHFI) and Institute for Health Metrics and Evaluation (IHME) under the aegis of the Health Ministry, mapped disease burden trends and risk factors for all states.

It concluded that the rate of ischemic heart disease (IHD), leading cause of death in many countries, is at the highest for Punjab. IHD is caused due to reduced flow of oxygen and blood to the heart due to narrowed arteries and is also called the coronary artery disease (CAD).

Risk factors, including unhealthy diet, high blood pressure, high blood sugar, high cholesterol and obesity, which contribute to ischemic heart disease, stroke and diabetes, caused about 25 per cent of the total disease burden in India during 2016, up from about 10 per cent in 1990.

The rate of disease burden (also called Disability Adjusted Life Years or DALY rate) from IHD is a 17.08 per cent for Punjab as against the national average of 8.66. DALY rate for a given disease reflects the number of life years lost by a person on account of premature mortality and disability from a certain condition.

Punjab, Tamil Nadu and Kerala, all developed states, have been found to have a high burden of non-communicable diseases with DALY rate from diabetes being the highest in Kerala (4 per cent) followed by Punjab (3.89). The corresponding disease burden for India is 2.23 per cent.

Drug use disorders have also been found to be among the highest in Punjab where DALY rate on this count is 0.74 per cent, higher than all states except Manipur and Mizoram, where this rate is 0.92 and 0.88 per cent.

Among road injuries too, the northern region tops disease burden charts with J&K reporting the highest rate of accident-related injury at a DALY rate of 5.32 per cent.

The accident burden rate is equally high for other northern states — 4.22 per cent for Punjab, 4.07 for Haryana, 4.16 per cent for Uttarakhand and 3.22 per cent for HP. India DALY rate for road injuries is 2.85 per cent.

The highest rate of self-harm and suicides was reported in Karnataka, which has emerged as the suicide capital of India. Karnataka’s DALY rate from suicide is the highest at 4.32 per cent, followed by Tamil Nadu at 4.29 per cent, Andhra Pradesh at 3.59 per cent and West Bengal at 3.66 per cent.

Punjab’s DALY rate of 1.43 per cent for suicides is lower than that of Haryana (2.2 per cent), Himachal (2.23 per cent), J&K (1.53 per cent) and Uttarakhand (1.84 per cent). The study concludes that developed states now face an increasing challenge from non-communicable diseases even as the lesser developed ones tackle communicable and infectious disease burden.

Hill states report the highest rate of chronic obstructive pulmonary disease, another major cause of NCDs in India. The research, published yesterday in The Lancet, shows that of the total disease burden in India, 55 per cent is now from NCDs as against 30 per cent in 1990. The communicable disease burden has decreased from 61 per cent in 1990 to 30 33 per cent in 2016.