UNA: The Himachal Pradesh State Pollution Control Board (HPSPCB) has found the presence of high concentrations of sodium and raised levels of chloride in the groundwater of six southern panchayats of Una district located on the Punjab border. 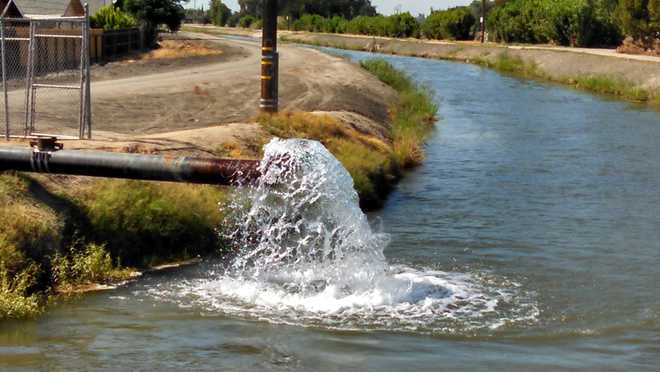 The Himachal Pradesh State Pollution Control Board (HPSPCB) has found the presence of high concentrations of sodium and raised levels of chloride in the groundwater of six southern panchayats of Una district located on the Punjab border.

Punjab Alkalies and Chemicals Ltd (PACL), a unit owned by the Punjab Government in Nangal, a few km from here, is reported to be the main source of pollution.

The matter came to light when villagers from the Binewal, Poona, Ajauli, Malukpur, Sanoli and Majara panchayats reported stunted crop growth and wilting of vegetation irrigated by private sources. The HPSPCB immediately swung into action.

Set up in 1984, the PACL manufactures caustic soda, liquid chlorine, hydrochloric acid, sodium hypochlorite and hydrogen gas. Environmental Engineer, Una Pollution Control Board, SK Dhiman said the matter regarding the contamination of groundwater, allegedly because of effluents from the PACL, was brought to the notice of his office by the Una Zila Parishad in March.

He said following the reports, four water samples were taken from the area and sent for testing to the HPSPCB’s regional laboratory in Dari village, near Dharamsala.

He said while two water samples were taken from Malukpur village, the other two were drawn from Binewa village.

Harpreet Singh and Pritam Singh, farmers from Malukpur village, said relatives visiting them would often complain of health issues after consuming water. They said in the due course of time, crops also started showing decreased yield. The production of wheat, which was nearly two quintal per kanal about a decade ago, fell around 60 kg per kanal in the last season, they added.

He added that the quality of piped water was good and was regularly monitored. Dhiman, however, admitted that there were some water quality issues in one of the old drinking water tubewells in the area, which had been closed by the department.

He further said the matter had been brought to the notice of the Member Secretary of the HPSPCB. The Punjab and Central pollution control board Authorities had also been informed.

He said the residents of these villages had been advised against using water from private shallow sources for human or animal consumption.