Indian man convicted as part of prostitution gang in UK

LONDON: An Indian-origin man is among four members of a human trafficking gang in the UK found guilty of forcing their victims into prostitution and sham marriages. 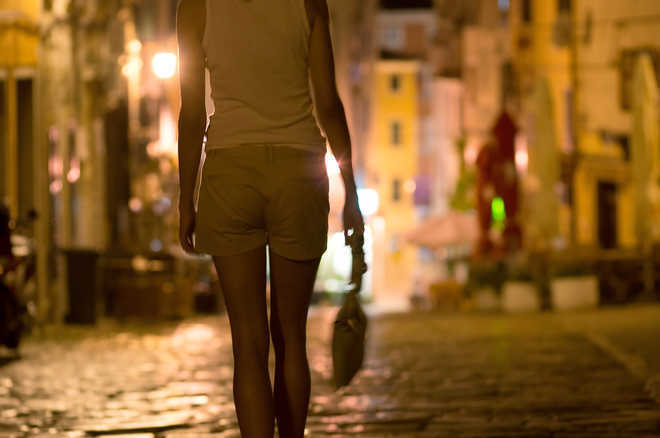 LONDON: An Indian-origin man is among four members of a human trafficking gang in the UK found guilty of forcing their victims into prostitution and sham marriages.

Anil Wagle, 37, had denied the charges of running a trafficking ring of women from Slovakia along with Vojtech Gombar, 61, Jana Sandorova, 28, and Ratislav Adam, 31, but all four were found guilty at Scotland's High Court in Glasgow on Friday for crimes carried out between November 2011 and February 2017.

Some of the victims gave evidence during the trial and revealed that they were sold to Pakistani men for sham marriages to try to obtain visas for their fake husbands.

"It's horrific to think that people think it is acceptable to buy and sell other human beings as a commodity, to have no thought for the impact and trauma it is going to have on them," he said.

The officer the investigation as a complex and challenging international operation. The force said it identified 14 victims, all of whom were vulnerable and all of whom were targeted because of that vulnerability by people within their own community.

McMillan added: "They were transported across Europe by gang members, into the UK and then to Glasgow. Some of them were sexually exploited before being sold and forced into sham marriages.

"One of the greatest challenges we faced was when the decision was taken to prosecute in both Scotland and Slovakia. We had to ensure that two jurisdictions that didn't naturally fit together worked together to ensure a successful outcome for these women. We've got that today.”

"Human trafficking is an insidious crime. This crime group exploited vulnerable women using violence, threats and false promises all for financial gain without a single thought for the suffering and terror these women had to endure.

"Yet those women bravely spoke out both in Scotland and Slovakia and I hope that today's verdict provides closure, so they can now move on in some way and rebuild their lives," Capaldi     said.

Georgios Raskos, Head of Europol's Analysis Project on Human Trafficking, said trafficking in human beings has for too long been perceived as a high-profit, low-risk activity, a perception which has to change.

"This action with Police Scotland and Slovakia sends a clear message that Europol and its partners are determined to bring to justice criminals who think they can exploit people for profit. Complex operations like this across jurisdictions underline the need for cross-border collaboration between law enforcement and all stakeholders to ensure that together we can enhance our prevention, protection and prosecution efforts,” Raskos said.

Slovak police officers from the country's National Unit for Combating Illegal Migration of the Border also worked on the investigation.

Support for the victims in Scotland was provided by community initiative Trafficking Awareness Raising Alliance (TARA), which said the case gives a clear warning to traffickers and hopefully gives women the confidence that they will be helped and supported.

All four convicted traffickers will be sentenced for their crimes next month. PTI