LEH: A big chunk of land has been identified in Leh city for construction of a building complex that will house the residence and office of the Lt Governor of Ladakh, the head of the hill development council here has said 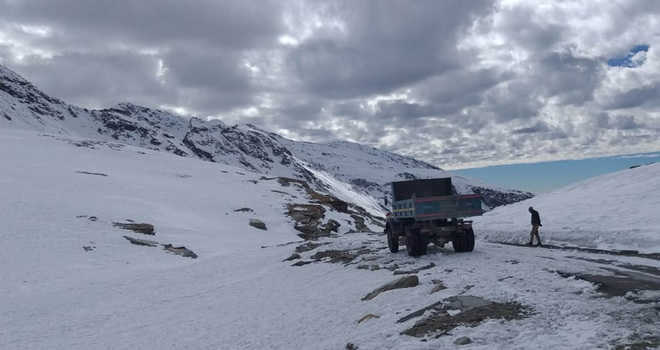 A big chunk of land has been identified in Leh city for construction of a building complex that will house the residence and office of the Lt Governor of Ladakh, the head of the hill development council here has said.

Chairman and Chief Executive Councillor of Ladakh Autonomous Hill Development Council, Leh (LAHDC-Leh) Gyal P Wangyal also said, “three committees” have been formed to work out the transition of the region from its current administrative set up to a Union Territory.

Ladakh currently stands on the cusp of a historic change and on October 31, it will officially get the status of a Union Territory. Earlier this month, the Centre had abrogated special status to Jammu and Kashmir and bifurcated the state into UTs – J&K and Ladakh.

“The current Jammu and Kashmir administration has constituted three committees to work out the transition – a finance committee, services committee, and another committee to see and examine other requirements needed for a UT,” Wangyal told PTI.

At present, Ladakh's government offices, tourism department, school boards, college affiliations, police and administrative services, and other establishments and vehicle registrations are linked to the Jammu and Kashmir government.

“The committees would examine the process and requirements needed for the transition, as also for distribution of higher officers from the erstwhile state, as presently these officers belong to KAS (Kashmir Administrative Service). Whether we need a Ladakh Administrative Service for that or not, the committees would examine that and other issues, and that should be done before October 31,” the CEC of LAHDC-Leh, said.

With nearly two months to go before Ladakh assumes the identity of a UT, Wangyal, when asked about the arrangements for the residence and office for the Lt Governor, said, at present there is some infrastructure available, behind the Council Secretariat building, for temporary accommodation.

“And, we have already identified, a big chunk of land for construction of the LG Office and the residence (Raj Niwas) in Leh, near the Government Degree College. The land is about 300 kanals (37.5 acres) and at preset it is with the Army. We have requested the Army to shift from there and in return we will give them equivalent land elsewhere,” he said.

Besides, another 1,000 kanals of land also have also been marked elsewhere for other infrastructure, the hill council's chief said.

Endowed with extraordinary natural beauty, Ladakh region is currently divided into two districts -- Leh and Kargil. Both the districts are governed by their own Ladakh Autonomous Hill Development Council LAHDC-Leh and and LAHDC-Kargil, with 30 members each -- 26 elected and four nominated members.

“We will become a UT like Lakshwadeep or Andaman and Nicobar Islands or Daman and Diu, except that unlike other UTs, our will be a UT with a council that will be empowered by the government of India. We currently have 30 members in a council and once the LG takes charge, it may or may not be expanded,” Wangyal said.

Ladakh MP Jamyang Tsering Namgyal has said, people of the region need not worry as the process of transition from its current administrative set up to a union territory will be done "very smoothly and effectively”.

"The transition from the current administrative set up to a UT will be very dynamic. Whether it is vehicle number plates, Aadhaar card addresses, and officers from various services... there is no need to worry or be in a hurry,” he said.

The committees will identify the viability and course of action and submit report to the government, and policy makers will take right decisions, he said.

Wangyal, when asked if the vehicle plate numbers will change immediately after October 31, said, “No, it will not happen at once, old numbers (Ladhak code is JK 10) will be phased out in due course of time”. PTI