MOGA: A CISF jawan was killed and five others were injured when a vehicle in the convoy of SAD leader Bikram Singh Majithia collided with a truck here on Wednesday night. 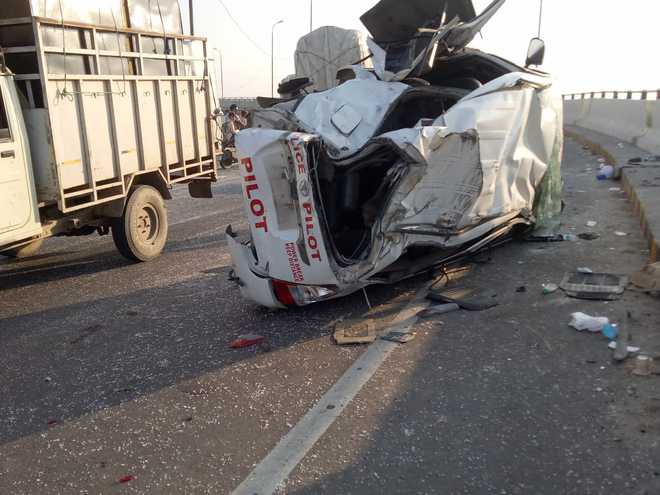 A jawan of the Central Industrial Security Force (CISF) was killed and five others were injured when a vehicle in the convoy of SAD leader Bikram Singh Majithia collided with a truck on the Moga-Kotkapura bypass here on Wednesday night.

Guddu Kumar died on the spot. The injured were rushed to the district hospital here.

They were all posted in the personal security of the Akali leader. Majithia was going to Muktsar from poll-bound Mullanpur Dakha.

The deceased jawan and the injured security personnel were travelling in an Innova. The local police have impounded the truck. Majithia was travelling in another car, which went ahead, apparently unaware of the mishap.

The police have registered a case against the truck driver.