MUMBAI: Protective father Saif Ali Khan, discernibly disturbed by the constant attention given to his 2-year-old son Taimur, says the child needs to left alone by the paparazzi. 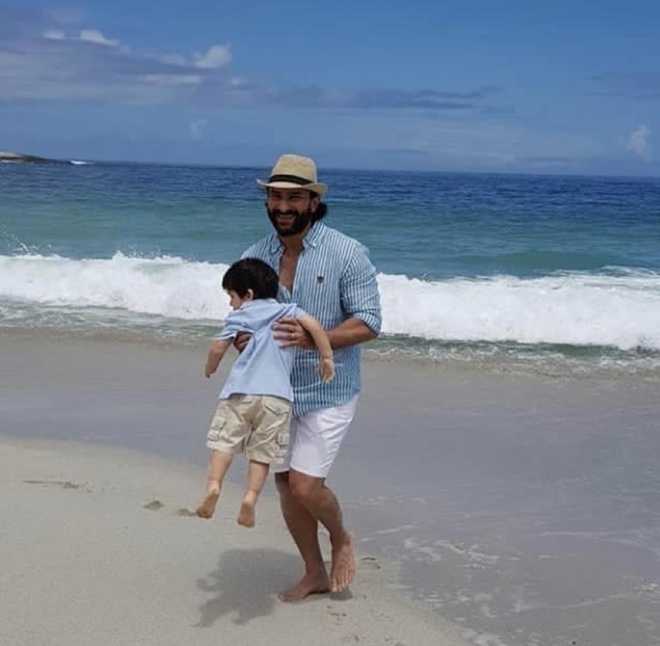 Saif complained to the police about the constant paparazzi attention.

Protective father Saif Ali Khan, discernibly disturbed by the constant attention given to his 2-year-old son Taimur, says the child needs to left alone by the paparazzi.

Saif recently blurted out at the airport's ubiquitous paparazzi: "Stop it, the child will go blind." Though everyone, including the photographers, laughed, the point of acute parental concern was made.

A few days later, policemen swooped down on the paparazzi outside Saif and Kareena Kapoor Khan's residence and asked them to disperse.

It is believed that Saif complained to the police about the constant paparazzi attention. However, Saif denies having anything to do with it, though he admits he found their constant presence intrusive.

He said: "Yes, the cops cleared the paparazzi because someone complained. Not me. I can't say I feel kindly about their presence, because 10 people lounging about outside your house waiting for a shot of your kid is disturbing to say the least. I didn't complain because I don't want to deprive anyone of a job."

Saif has a request for the photographers: "Please don't stalk Taimur. He is not a star. He is just a child." — IANS