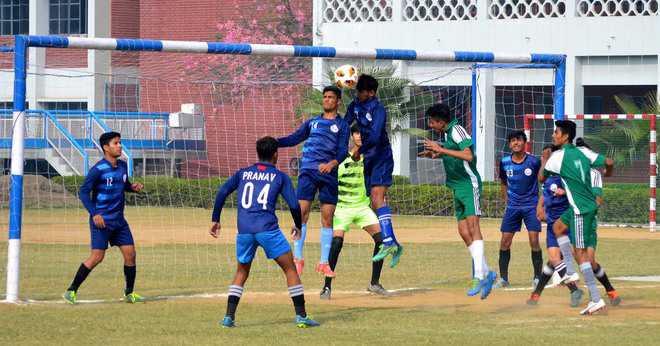 Both the teams played well but missed scoring chances that came their way. However, hosts GNPS, eventually managed to clinch the cliff-hanger. The goal came through Jasmandeep Singh.

The match played between Delhi Public School and Nankana Sahib Public School, Gill, turned out to be a keenly contested affair in which the former came out triumphant 4-3.

Jaspal Singh, senior football coach with the Punjab Sports Department and Ram Lubhaya, soccer player from the Indian Railways were the guests of honour today. They motivated the students to actively participate in sports for an overall development.

The guests appreciated the school authorities for conducting the event in a coordinated manner.